Jonathan Greer was never a close friend of mine, but our paths seemed to cross a lot. I worked with him professionally 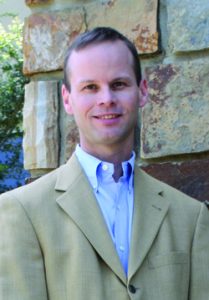 when he served as an attorney for the Association of Arkansas Counties, and when he was attorney for Saline County. Around the time Saline County Judge Lanny Fite left county government for state government to become Rep. Lanny Fite, Jonathan left county government as well and came back to the Association of Arkansas Counties as their liaison.
I didn’t know him all that well, but I always liked him. He always struck me as excelling at the virtues that the practice of law is supposed to encourage. When discussing legal matters, he was careful to be exact in what he said, and gave every impression that his primary professional goal was simply to follow the law. When asked technical questions, he avoided windy, empty answers, instead giving brief and precise ones. When he didn’t know the answer to your question, he was quick to say so. Whenever I talked to him about anything, I always felt I knew more at the end of the conversation than at the beginning. I think he was a pretty darn good role model for lawyers – who are, in part, supposed to be public servants, although the manners and morals of the 21st century tend to make us forget that. I don’t doubt that Jonathan always served his clients well, but he was also an excellent public servant.
You may have known a lawyer or two in your life that came off as smug. Jonathan wasn’t like that. He was a little shy, but very warm and friendly. And cheerful. He always seemed outwardly cheerful. And I guess I just thought that, like everyone else his age, he’d be around for another 50 years. His death was an unpleasant surprise and an almost physical blow.
I wish I’d told him how much I liked and admired him.
Jonathan’s funeral is at 2 p.m. tomorrow (Friday) at First Baptist Church in Star City; visitation is from noon until 2.

One thought on “Jonathan Greer”