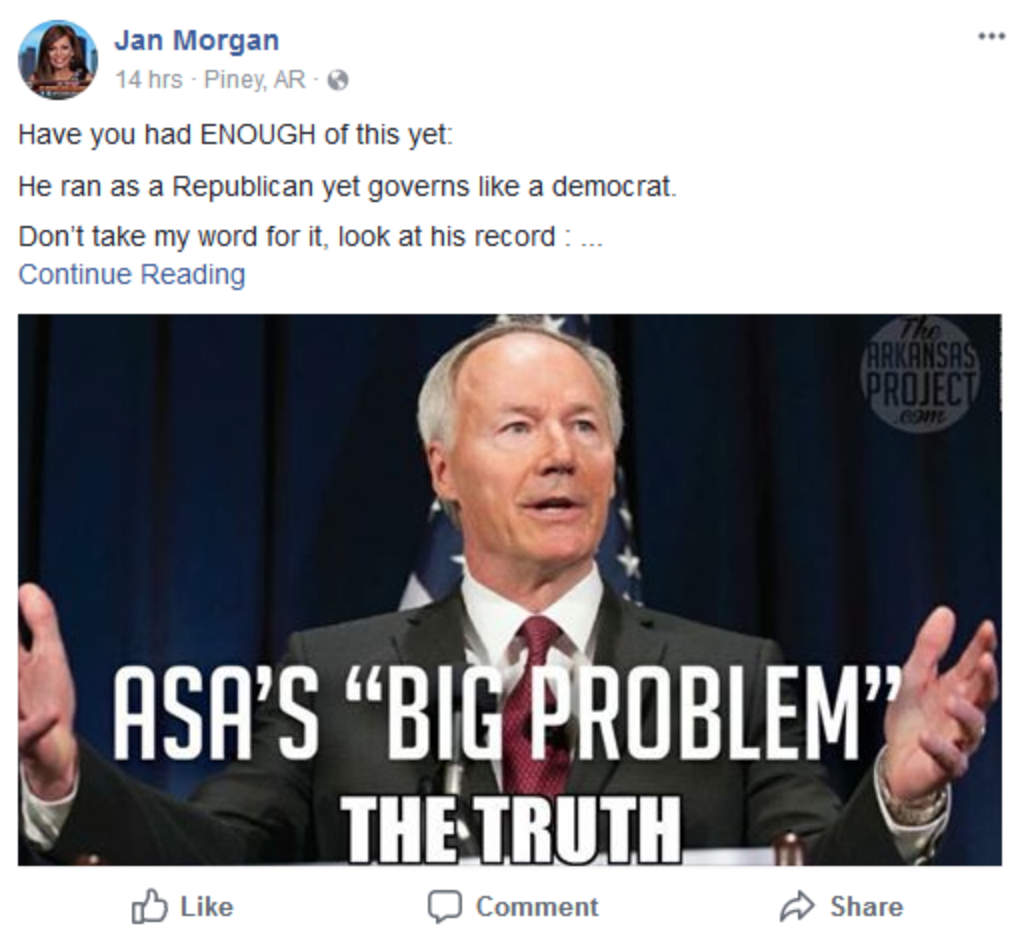 Do you have an idea why The Arkansas Project may not be thrilled with what gubernatorial candidate Jan Morgan did here?
You may notice a small detail in the upper right-hand corner of this picture – namely, the logo of The Arkansas Project. This picture is from TAP, specifically this blog post discussing Medicaid. You may also notice that the final two words in Morgan’s picture  — specifically, “the truth” — are in a different font. That’s because she altered our graphic in order to suggest that Governor Asa Hutchinson is a liar.

Put these two things together, and someone who looks at Morgan’s forged graphic might reasonably come to the conclusion that TAP has labeled Gov. Hutchinson a liar. Now, we have had our differences with Gov. Hutchinson, but I don’t recall any of our authors ever saying that he had a problem with the truth.

It’s wrong to steal a picture from our site, alter it, and then use it in a way that might imply that we think Asa Hutchinson is a liar. It’s also lazy. There are hundreds or thousands of pictures of Hutchinson in the public domain. Morgan could have grabbed one of those, put her own text on it, and then blasted away at the governor.

TAP and the Advance Arkansas Institute don’t engage in politics. We don’t endorse candidates. We try to focus on public policy. We are happy to have politicians from across the political spectrum use our material to inform their decision-making. However, we’d prefer that they don’t appropriate our graphics, especially when they use them in a way that might suggest that we are accusing people of issuing falsehoods. Morgan’s use (or misuse) of our graphics doesn’t exactly build up our confidence that she has the carefulness and good judgment that we need in public officials.