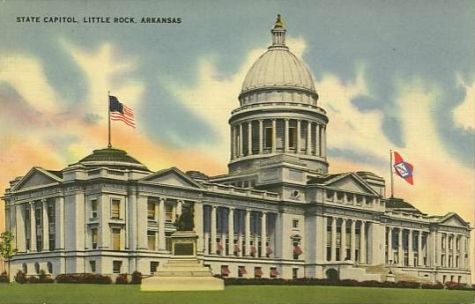 HB1187 would prohibit government entities from using taxpayer funds or taxpayer-funded resources to influence the outcome of ballot measures in Arkansas. This is a great bill, because whether you know it or not, your tax dollars have been used to influence elections — and not just at the state level. Allow me to provide a real-life example.

In 2011, the White County Quorum Court, as the behest of Judge Mike Lincoln, passed a sales tax to fund a new highway around the city of Searcy. The tax resolution was then passed along to the voters for their approval (making it a ‘ballot measure’). In an effort to ensure the tax’s passage, Judge Lincoln proceeded to retain a new county employee at a rate of $2,000 per month to work for the passage of the tax. The employee received compensation for “client meals or group meeting expenses.” In addition, the terms of his contract also stated that “clerical materials” such as letters, notices, and promotional materials would be “handled through the County Judge’s office.” Translation: “they’ll be paid for by the taxpayers.”

Interestingly, the judge vehemently denied both of these claims — that the employee was hired to promote the tax and that promotional materials were produced out of the county office — but this arrangement was explicitly stated in his contract. The Arkansas Ethics Commission later slapped him with an ethics violation, but the violation was not for spending the public funds because that is currently legal in Arkansas: the violation was for failing to publicly report that he was spending public money — which he could not politically manage to do because he was running around the county telling everyone that no public money was being spent in favor of the tax. Oh, and did I mention: the hired employee just happened to be a close personal friend of the judge. White County taxpayers still do not know how much of their money was spent advocating for this tax increase which was rejected by the voters by 14% — a margin that is considered to be a landslide in a special election.

Chances are that these types of shenanigans are happening in your city and county as well — and chances are you don’t have a part-time lawn care worker/part-time citizen watchdog with a blog to run around and expose these types of tricks. In addition to local government trickery, state money and resources are also frequently spent advocating or opposing various ballot measures that come before the voters. It’s a widespread problem that costs Arkansas taxpayers millions.

Essentially what happens when a tax is on the ballot is that government uses your money against you: they use your money to convince you that you need to give them more of your money. If it’s not a tax on the ballot but rather some other policy issue, they choose a side for you and then advocate — with your money — as they see fit. This is not freedom. This is insanity. Prohibiting this type of abuse of public funds is responsible policy.

Rep. Nate Bell, the lead sponsor of HB1187, issued this statement to The Arkansas Project:

HB1187 is about ensuring fair elections in Arkansas. I believe that most of us know in our hearts that something just isn’t right about using taxpayer money to assist one side or the other in an election. My bill, if passed, would make it illegal and establish penalties for use of public funds to influence the outcome of an election.

HB1187 has cleared committee and is slated to reach the House floor for a vote this afternoon. You can watch the proceedings live at www.ArkansasHouse.org.

Stay tuned to TheArkansasProject.com for updates on the bill’s progress.

Update, Monday, 2:30 p.m.: HB1187 passed the House this afternoon by a vote of 79-2. It now goes to the Senate. You can see how your state representative voted here.