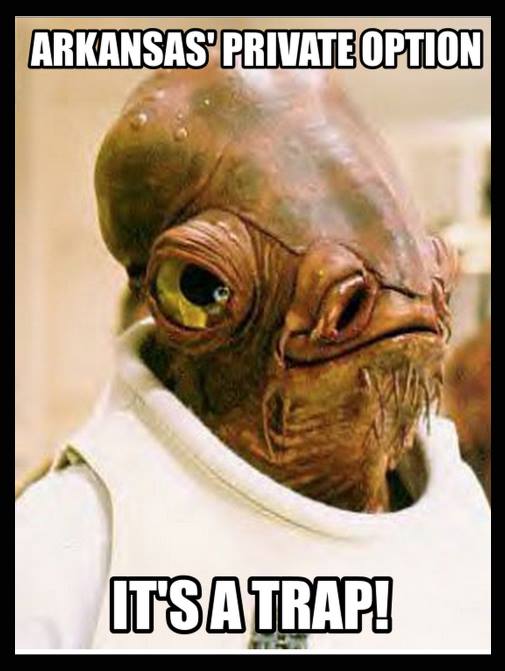 A few weeks ago, as the debate over re-funding the Obamacare “private” option was heating up, the tax prep firm Jackson Hewitt released a “study” that allegedly proved that expanding entitlements in Arkansas would save businesses money! If that sounds too good to be true, that’s because it is.

I wrote briefly about some of the flaws of this report last month. Now, Jonathan Ingram of the Foundation for Government Accountability has released a new paper that more thoroughly debunks many of the claims that Jackson Hewitt made in their efforts to persuade the legislature to continue down the Obamacare path.

Here are some of Ingram’s findings:

Flaw #2: Jackson Hewitt falsely factors employees who do not trigger ObamaCare penalties because they are already eligible for Medicaid.

Flaw #4: Jackson Hewitt overestimates the number of employees who are not offered “affordable” coverage.

And he’s only just getting started! Check out Ingram’s full paper here.