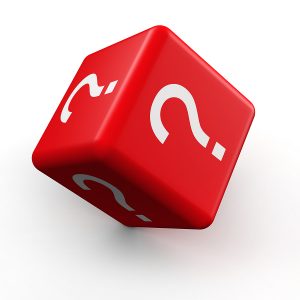 Senator Missy Irvin was one of the deciding votes to implement the Obamacare “private” option in 2013. To her credit, however, Irvin reversed course and voted against funding the program in this year’s fiscal session. Now Irvin is locked in a heated primary contest with challenger Phil Grace, and she’s facing some direct questions about her support for the Medicaid expansion program — although some of her answers have been less than direct.
Yesterday, Irvin and Grace squared off in a radio debate on KTLO, a Mountain Home radio station. The overwhelming majority of their 45-minute discussion centered around the “private” option. Irvin spent a great deal of time explaining why she supported the program initially, explaining that the Supreme Court had upheld Obamacare, suggesting that the PO wouldn’t add to the national debt, declaring her love for hospitals, comparing the issue (repeatedly) to abortion, arguing that every state around us had “already expanded Medicaid” (a claim that is particularly troubling because it couldn’t be more untrue), and asserting that she is “not a fan of corporate welfare.” Irvin also cited the reimbursement cuts to providers as the impetus for her opposition to the PO in the recent fiscal session.
But the most pivotal moment of the discussion happened near the end: Grace asked Irvin directly how she would vote on the “private” option if she goes back to the Senate in 2015. This was her response:

Well Mr. Grace, I think it’s very very clear. I joined a press conference to actually during the fiscal session to do exactly what you’re saying when you would be elected which is to dial back the program, to uh, and that is exactly what we did if you look at Senator Hendren and the group of us during the fiscal session. We proposed the amendments to dial back the program, to redirect it into the Health Care Independence Acts, which are the savings accounts that I created that I wrote the policy for in the amendments, which is my job to do that and I’ve done that and so I’m favoring, ya know, something I’ve already put my name and my vote to in the fiscal session. And so that’s on record. I joined with the press conference, lots of my colleagues — Senator King, Senator Hendren, Senator Bledsoe — and many many others to propose an amendment to the bill.

I think Grace was a little disappointed that he didn’t really get an answer to his question, so he asked Irvin, “So, I have it on record that you would vote to repeal the private option if given the opportunity?” Irvin said:

Again, I have my record. My record is very, very clear. I stand on my record. You look at my vote during the fiscal session and my actually negotiations with the insurance companies to make sure that they, to prevent them from keeping the money um, or more of the money than they need, and I presented amendments to the bills that did not get passed but those were bills, amendments that I helped write, helped create, helped support. We were not able to get the votes and as you know you have to get the votes on everything. That’s important. You have to work with everybody down there. Um, there’s not one vote that’s more important than the other. We all have 135 members of the general assembly and every single one of our votes counts and it counts equally. So I’ve already supported dialing back the program. I’ve already supported trying to deal with the folks we have right now. I’ve already supported making sure that we require more scrutiny and I’ve put my name on that and I voted for it during the fiscal session.

So there you go. That’s the “straight answer,” as Jana Della Rosa would say. Senator Irvin’s record of voting both for and against the program is “very, very clear,” so voters should have no doubt that she will cast her vote one of those two ways in the 2015 session.
On a serious note, I have no idea how Senator Irvin will vote on the “private” option if she is re-elected. I thought she had an epiphany in January when she announced that she would oppose the program going forward. To her credit, she did vote against the funding in the fiscal session. But now she has a lot of good things to say about the program, arguing that it is “taking control back” from the federal government and “saving rural hospitals.” In fact, she pledges to always stand with those hospitals — who adamantly support the “private” option.
It’s tough to make predictions, especially about the future, but I’ve also heard it said that past performance is the best indicator of future results. When it comes to Senator Irvin’s stance on Obamacare’s Medicaid expansion, the past and the future are very unclear.

4 thoughts on “How Would Missy Irvin Vote On The “Private” Option Next Session?”