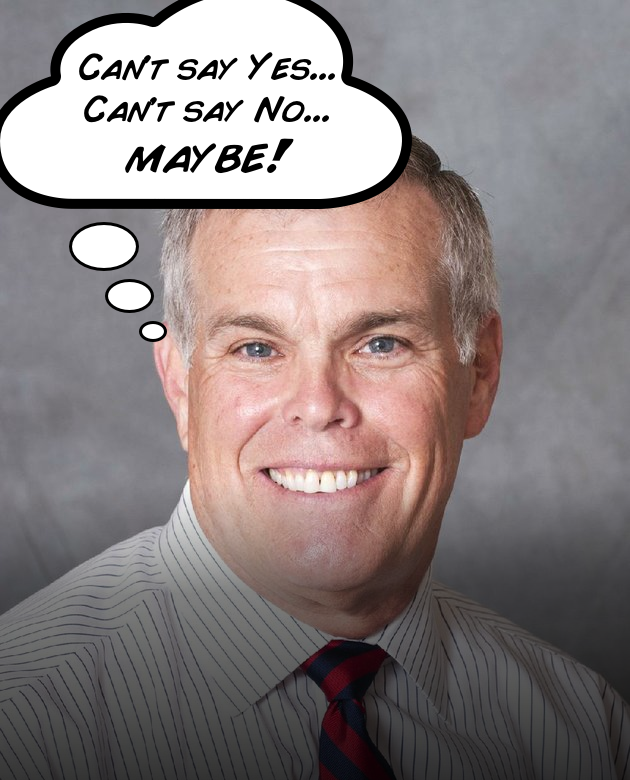 I hope you had a chance to listen to The Paul Harrell Program yesterday. I sat in as a co-host and, at the start of the show, Paul and I discussed my story on Jonesboro Senate candidate Dan Sullivan and the exchange we had last week about where he stands on the “private option” (the Arkansas version of Medicaid expansion). Shortly thereafter, Sullivan walked into the studio and said he was ready to answer questions. I hoped that we would have an exchange of ideas, but occasionally it devolved into an exchange of accusations.

(Catch the full audio at the bottom of this article.)

Paul and I both repeatedly asked Sullivan how he would vote on private option funding if the people sent him to the legislature. I certainly did not feel that he answered this question initially, so just before I had to leave, I asked him one more time. Here’s that final exchange:

DS: I wish it were as simple as you’re saying and some people try to make it “yes, I’ll defund it.” You know, they’re going, there’s a way to back out of that. I absolutely will back out of it because it is the wrong thing to do for our state moving forward. We cannot afford it at the end — I think that’s one of the reasons they built in some of the triggers into the “private option” so that if it doesn’t work, it just ends. It stops immediately. And that’s a good thing that that does. If the vote comes to the floor, we’re going to have to look — what are they gonna do with the people — and I think Mr. Cooper just plans on defunding it regardless of what happens to the people. I’m not gonna do that. I’m gonna make sure that we have a way, just like we did with the teachers — the teachers came to the state and they said “we’ve got problems.” We didn’t just say “too bad, good luck, we’re stopping that, we’re pulling the rug out from under ya.” We’re going to work and to my knowledge, we came up with a pretty good solution on how to do that. We took current funding, we didn’t have any new money. We need to do the very same thing or something very similar with the private option. We need to back out, we need to move away from that. What that looks like, I don’t know right now. But I’m willing certainly willing to move in that direction and I’ve never done anything in government or personally to give anybody any other indication.”

Sullivan is entitled to answer my questions any way he wants: as a candidate, that’s his prerogative. But if he becomes the next state senator from Jonesboro, evading questions on pending legislation is a luxury he will forfeit. Senators must make yes or no decisions on every bill that comes before them (unless of course they choose not to vote). Legislators can, of course, give a speech that begins “Yes, but…” or “No, because…” — but what really counts, and what they are held accountable for, is their yes or no vote. There is no third “I wish it were as simple as you’re saying” option. The only two options are “yes” or “no.” On the floor of the state Senate, despite what Sullivan says, it will be exactly this simple.

I was asked at the Northeast Arkansas TEA Party meeting after the show if I knew where Sullivan stands on the PO. I take it that it’s obvious why I didn’t feel I could answer that question: because nobody knows.

Here is the bottom line: one GOP candidate, John Cooper, has made it plain that he will oppose funding Medicaid expansion. Another GOP candidate, Dan Sullivan, has explained (as I interpret him) that he doesn’t want to take a position now on how he will vote and that he plans to make a decision on how to vote later, based in part on facts that aren’t currently known. It is absolutely fair for Sullivan to take that position. And it is absolutely fair for me to note that Sullivan’s position gives him a great deal of discretion — and that it is, tactically, highly convenient in that it allows him to avoid committing himself on an issue that is very important to conservatives and believers in limited government.
Audio, Part 1: Nic Horton and Dan Sullivan discuss the “private option”
Audio, Part 2: Paul Harrell and Dan Sullivan discuss the “private option” and Nic Horton’s journalistic tactics