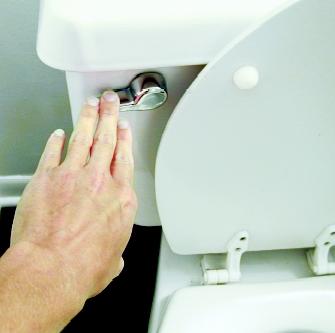 Thanks to all of you who tuned in for our live election night coverage. I have updated that post to now show that Republicans captured 21 of 35 seats in the Arkansas Senate and it appears that they will capture a very, very narrow majority in the House. There is a recount next week in the John Hutchison-LJ Bryant race that will determine the balance of power on the House side.

But enough about politics! What type of policy changes are we likely to see in the upcoming legislative session now that conservatives hold a majority in the legislature for the first time ever? One area of focus (we can hope) will be budget reform. To get the ball rolling yesterday, two scholars affiliated with the Advance Arkansas Institute presented a paper to the Joint Performance Review Committee.

The paper, “Are Arkansas Taxpayers Getting Value for Money? The Impact of Arkansas’s Budget Decisions,” was presented by Professors Noel Campbell and David Mitchell of the University of Central Arkansas. The study found, in summary, that Arkansas has a relatively high-taxing, high-spending government compared to our regional neighbors. Further, Arkansas state government spends a relatively high amount on current consumption, and a relatively low amount on investment goods that would lead to economic growth — and, furthermore, the investment goods state government does fund seem to produce relatively little. These findings suggest that in order to make Arkansas a welcoming place for workers and job growth, we need a state government that taxes its citizens less and spends its revenue differently.

According to the presentation, Little Rock families who make $25,000 pay $3,149 per year in state and local taxes. A working-class family in Little Rock therefore pays $409 more than a similar family in nearby Memphis. A Little Rock family making $50,000 pays $4,053 in taxes, putting Little Rock in the top half of taxing localities for the South Central US.

1. Arkansas working families have less money to spend on food, shelter, clothing, and entertainment than their neighbors.

2. Working families are less likely to want to settle in Arkansas than in neighboring states.

Another important finding from the presentation is that every $1 of revenue taken in by the state costs $2.65. So it is imperative that state government exercises extreme caution and restraint when deciding to pull dollars out of the private sector.

Oddly enough, not all of the legislators present at yesterday’s hearing were happy to hear the news of where Arkansas ranks in taxes and how we can improve our standing (I guess they thought we were trashing Arkansas by stating horrible things like facts). After reviewing the study for about ten minutes, Rep. Butch Wilkins chimed in to say that there are people in his district living in poverty and he thought our ideas for budget reform were “losing propositions.” Then Senator Jack Crumbly chimed in to say, “These are people we are talking about — we can’t just put them in a commode and hit flush.” Before it was over, Rep. John Walker accused AAI of being a “partisan organization,” by which he apparently meant that, because AAI is committed to educating the public about the virtues of lower taxes, limited government, and personal freedom, whatever reports it produces should be ignored.

To my knowledge, no one has proposed flushing anyone down a toilet. In fact, no one has even proposed doing away with our state’s Medicaid program or killing puppies or anything of the sort. What we have proposed are real reforms to get our state budget on a sustainable path so that those who really need assistance will be able to get it. If Medicaid is not reformed, the truly needy will likely be unable to receive the assistance they are legally and morally entitled to. That’s why we must take steps now to reform our state budget and avoid disaster. In fact, if policymakers continue the trend of past legislatures — which appears to be letting budget decisions be made by autopilot — Arkansas’s cost of living will continue to be higher than that of other, comparative states, and it would seem fair to say that letting this state of affairs continue has everything to do with flushing people down the toilet.

You can read the full report here, as well as three brief summaries of the three main points of the paper:

Executive Summary I: Times Are Tough in Little Rock

Executive Summary III: We’re Not Keeping Up With the Joneses