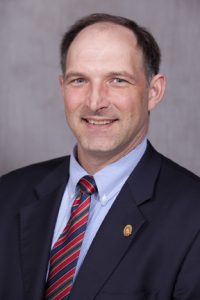 On Thursday night, incumbent State Senator Bruce Holland and challenger Rep. Terry Rice squared off in a debate. According to The City Wire’s Ryan Saylor, there were no “fireworks,” but there were some interesting comments made by Holland in defense of his vote for the Obamacare “private” option.
Here’s one:

Now there’s nothing perfect about it. It’s the crappiest lemonade you could make out of these lemons. That’s a fact. But doing nothing was not a good option. Expanding Medicaid was a terrible option because Medicaid is a horrible system.

Aside from being a little crass, Holland’s comments are the latest example of rhetorical trickery that we’ve seen from legislative supporters of Obamacare’s Medicaid “private” option. When it suits them, PO supporters show extraordinary pride in their accomplishments. For example, lawmakers regularly proclaim the plan as a “model for the nation.” Rep. Charlie Collins has been unwavering in his belief that the program will “defeat Obamacare.” Other times, however, legislators are quick to explain that “There were no good options” and that they simply tried to “make lemonade out of lemons.” (All the while, of course, remaining insistent that Obamacare’s Medicaid expansion actually has nothing to do with Obamacare!)
That’s apparently Holland’s latest line as well: the legislature had three choices and he made the best one for the state, in his judgment. Well, at least he’s learned something — just a few weeks ago, Holland was saying something quite different.
According to Holland then, the state didn’t have a choice when it came to implementing Obamacare: “Everyone in the state of Arkansas that has insurance at all has Obamacare. I don’t have a vote on it. That’s a federal issue,” Holland said.
But as I wrote at the time — and as Rep. Rice pointed out at last night’s debate — Arkansas did have a say-so in a large portion of Obamacare:

The Court, in the NFIB decision, announced that each state had the authority to decide whether or not to implement Obamacare’s Medicaid expansion, giving states a tremendous opportunity to reject a very large portion of Obamacare.

I’m glad to see Senator Holland now agrees with me (and everyone else outside of the legislature) that the state did have a say-so, although I certainly disagree that the choice he made was in the best interest of Arkansas taxpayers.
Holland’s remarks also suggest that he is coming to terms with his ownership of the PO, a significant change from just a few weeks ago. From the City Wire’s report on April 3rd:

And if you want to say I made the deciding vote on it, that’s fine. I did.

Holland’s latest statement is correct: as I wrote a few weeks back, any of the 27 senators who voted to fund Medicaid expansion in this year’s fiscal session had the power to stop the bill with their vote. All 27 of them passed on that opportunity. So I think it’s perfectly fair to say that any one of them was “the deciding vote.” I’m glad Holland now agrees.
So, just to recap what we have learned today: three weeks ago, Senator Holland wasn’t the deciding vote on an issue that he didn’t have a vote on, but now he’s happy to be the deciding vote on an issue he did have a vote on, which he calls “the crappiest lemonade.”
If Senator Holland wants to brag about his votes to implement Obamacare in Arkansas, that’s fine (his opponent probably won’t mind too much either). I think his campaign is an educational example of the risks that pro-PO legislators are facing and will face in future elections.