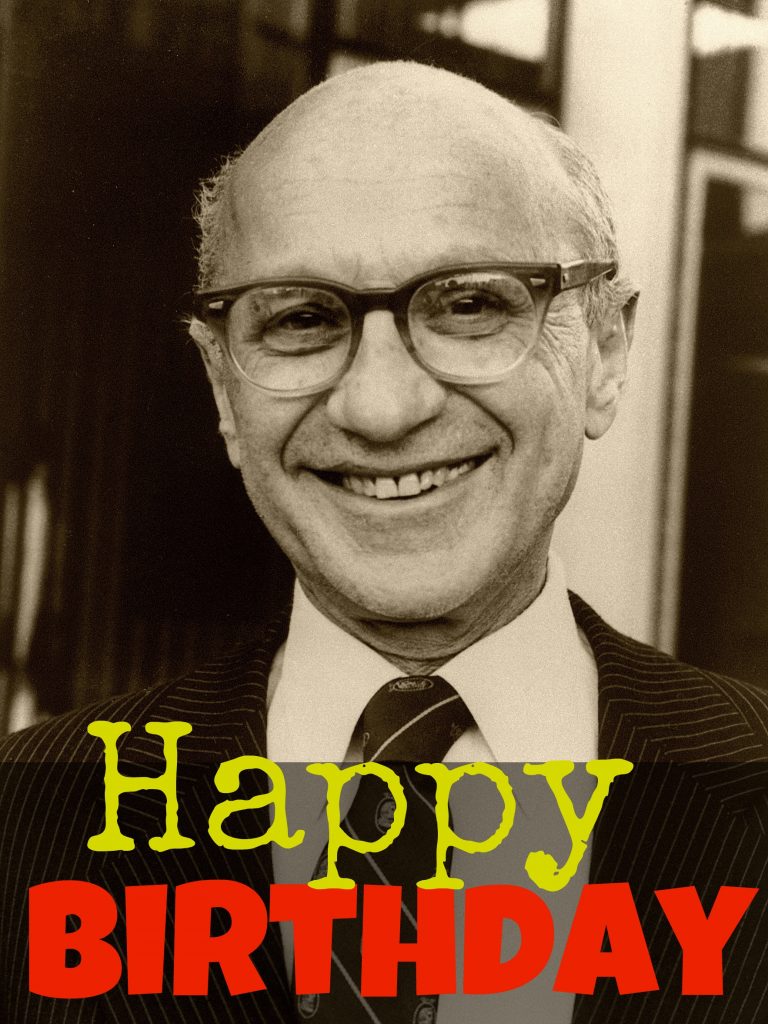 Wednesday of this week marked what would have been free-market economist Milton Friedman’s 100th birthday.  Friedman is often credited for saving the free enterprise system, and on Wednesday, economist Stephen Moore did just that in a tribute titled “The Man Who Saved Capitalism.”

Some excerpts, from The Wall Street Journal:

It’s a tragedy that Milton Friedman—born 100 years ago on July 31—did not live long enough to combat the big-government ideas that have formed the core of Obamanomics. It’s perhaps more tragic that our current president, who attended the University of Chicago where Friedman taught for decades, never fell under the influence of the world’s greatest champion of the free market. Imagine how much better things would have turned out, for Mr. Obama and the country.

Friedman was a constant presence on these pages until his death in 2006 at age 94. If he could, he would surely be skewering today’s $5 trillion expansion of spending and debt to create growth—and exposing the confederacy of economic dunces urging more of it.

In the 1960s, Friedman famously explained that “there’s no such thing as a free lunch.” If the government spends a dollar, that dollar has to come from producers and workers in the private economy. There is no magical “multiplier effect” by taking from productive Peter and giving to unproductive Paul. As obvious as that insight seems, it keeps being put to the test. Obamanomics may be the most expensive failed experiment in free-lunch economics in American history.

I encourage you to read the full tribute at The Journal.