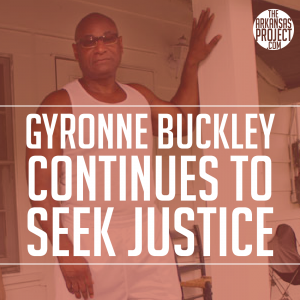 Attorney General Dustin McDaniel is leaving office, but at least one of his bad decisions will continue to reverberate for a long time.
You may remember Gyronne Buckley. He’s been featured a lot on The Arkansas Project. He’s the man who was initially sentenced to life in prison for selling drugs, but his sentence was overturned because review of the case demonstrated police corruption and an unfair trial. He served over a decade in prison before he was set free.
Thanks to the actions of Dustin McDaniel, state legislators stopped him from receiving compensation for the wrong done to him by the state of Arkansas.
It seems reasonable that the state of Arkansas should compensate you if the actions of a corrupt cop put you in prison for eleven-and-half years. Buckley thought so; he applied for $460,000 in compensation from the state’s Claims Commission. That commission unanimously agreed to give him compensation because the state of Arkansas took away 11 years of his life.
But then Attorney General McDaniel stepped in and helped convinced legislators to overturn that award. Dan Greenberg summed up some of McDaniel’s appalling behavior:

Our attorney general will misrepresent facts when it suits him. After the state Claims Commission voted unanimously to award Buckley $430,000 for the miscarriage of justice he suffered, Attorney General Dustin McDaniel announced that he would oppose that decision when it came time for the state legislature to approve it. At the state legislative committee, McDaniel alleged that Buckley was a career criminal, saying “Gyronne Buckley was a crack dealer in Arkadelphia. He had a long criminal history and he sold crack cocaine to undercover informants repeatedly.” McDaniel also called Buckley “a general bad guy.” Such reckless rhetoric is indefensible: Buckley was the victim of a rigged trial, and the single conviction which resulted from it was reversed by the Supreme Court and expunged. Buckley has no criminal record, with the exception of one fight in high school. McDaniel repeatedly made baseless assertions about Buckley’s criminal history; when we asked if he had any evidence for such charges, he declined to provide them. A competent and conscientious public servant would never have made the charges that McDaniel made to the legislative committee.

Now Buckley is suing McDaniel, members of the drug task force, and a variety of others for depriving him of his due process rights. Considering the various ways that McDaniel has mistreated Buckley, this seems like a reasonable course of action to me.
When I asked the Attorney General’s office to get a comment on the latest lawsuit, his press secretary Aaron Sadler e-mailed me back with a simple sentence: “We have no further comment.” I also e-mailed state Sen. Jeremy Hutchinson — who, like McDaniel, opposed Buckley’s compensation — for a comment. In a previous interview, Hutchinson opined that it was likely that Buckley had sold drugs illegally, and that “from a prosecutor’s side,” it was a travesty of justice that Buckley only served a third of his sentence. Hutchinson has yet to get back to me.
I’m sure McDaniel isn’t pleased that this case will continue to dog him after he leaves the Attorney General’s office. However, I don’t feel sorry for him. After all, he used unethical tactics to fight a man who is merely seeking compensation for being wrongly convicted. He could have decided to let the State Claims Commission recommendation go into effect. It would have been the right thing to do. It also would have saved him from being targeted by this lawsuit. Nobody knows at this point whether McDaniel will be found liable for slandering Buckley. If so, like Marley’s ghost, McDaniel will wear the chains he forged in public life.

One thought on “Gyronne Buckley Continues to Seek Justice”