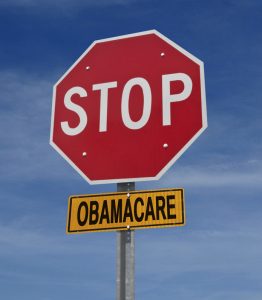 Last weekend, the Arkansas Republican County Chairs Association overwhelmingly passed a resolution in opposition to the continued funding of the “private” option.

The Arkansas Republican County Chairman’s Association does hereby stand opposed to the funding of all legislation commonly known as “Private Option”. We further highly recommend that all House and Senate members vote “no” on any future fiscal legislation on the “Private Option” as it currently stands.

19 of the association’s 31 members were present for the vote. Only 2 counties dissented in the vote, with 17 chairs voting in support.

Diana Harton, president of the association, told The Arkansas Project in a statement:

I am very proud that the Arkansas Republican County Chairs Association passed this resolution. I firmly believe that the passage of the Private Option in Arkansas was in direct opposition to the Republican Party of Arkansas’s platform and is also the largest expansion of state government in our state’s history.

Harton also said that a copy of the resolution has been sent to all Republican members of the legislature.

The fiscal session begins next week. How much weight do Republican legislators give to the opinion of Republican county chairmen? After seeing Senator Lamoureux’s tweet, one can only hope that the answer is “It varies.”
Please follow and like us:

One thought on “GOP Chairs Declare Opposition To “Private” Option”