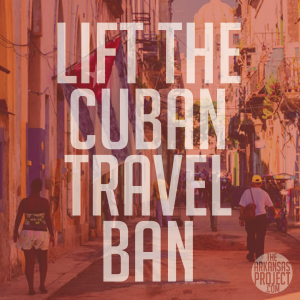 The aging revolutionaries of Cuba may see an influx of red-blooded Arkansans if Senator John Boozman gets his way. He recently cosponsored legislation that would lift the decades-old travel restrictions on Americans who want to go to Cuba.
As an American, it’s your right to travel pretty much anywhere on the globe. Anywhere, that is, except for a large island located 90 miles off our coast. For over six decades, Americans wishing to travel to Cuba has to go through a byzantine bureaucratic process. Only certain people (journalists, for instance) are allowed to depart the U.S. for that nation. For everyone else, the island that still embraces socialism and cars from the 1950s is strictly off-limits.
Senator Boozman and a bipartisan group of senators want to change that. They have introduced legislation, S 299, which would lift the travel ban. Here’s what Sen. Boozman had to say about why he is cosponsoring this bill:

I really do believe that the way you change the world is through personal relationships. If we are serious about bringing real change to Cuba, we need to expose the Cuban people to our democratic ideals. That clearly hasn’t been accomplished with this travel ban in place. It’s outdated, inconsistent and lifting it would be a good first step toward overall reform

This comes on the heels of President Obama’s efforts to restore diplomatic relations with Cuba. S 299 complements those efforts, but it isn’t a partisan bill to advance the Obama agenda. In fact, it has some very conservative senators, such as Jerry Moran of Kansas and Jeff Flake of Arizona, as sponsors.
Lifting the travel ban isn’t a new idea. Back in 2001, Philip Peters of the Cato Institute explained why the Cuba travel ban is outdated:

This policy, which aims to deny hard currency earnings to the Cuban government, may have made sense when Cuba and the Soviet Union were threatening countries in this hemisphere. It makes no sense today when, according to a 1998 Pentagon report, Cuba poses no national security threat and its military capabilities are “residual” and “defensive.”

As American travelers rent rooms in private homes, hire taxis, dine in family restaurants, and buy artists’ works, they will boost these entrepreneurs’ earnings – and they in turn will fuel demand for the produce that private farmers bring to market. Cuba’s emerging private sector will expand.

In the 1980s, I remember then-Senator Steve Symms saying the U.S. could win the Cold War by bombing Russia with the Sears catalog. His point was that once people living under communism got a taste of the consumer culture that free markets enable, they would throw off the yoke of Communism. Arguably, the desire for Western goods played a large role in undermining Communist regimes in Europe. Opening up Cuba to more contact with Americans could play a similar role in Cuba.
I contacted Senator Cotton’s office to see what he thought about this legislation, but did not receive a reply. If I do, this post will be updated.