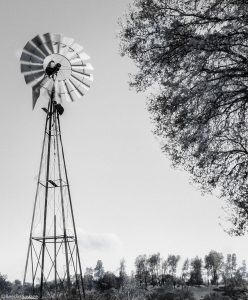 Senator Bill Sample has found himself in a heated primary contest with challenger Jerry Neal. Sample’s support of the Obamacare “private” option has become central to the campaign debate. Neal says he is against it; Sample has voted for it repeatedly and still believes it’s the best path for Arkansas’s health care system.
Recently, both candidates spoke before the Garland Good Government Group. During the Q&A period, Sample was asked about his support for the PO. After all, the questioner noted, Sample campaigned against Obamacare in 2012:

Well and I will take, and take a stab and I’m going to answer your question, but I’m gonna say — if you’ve got those questions, I’m having a town hall meeting April the 24th at 6:30 at the convention center and I’m gonna have some experts who can answer that question, but I will tell you this…

I’m going to, I just wanted to pitch that in there. Medicaid was going to cost us an additional $250 million this year. It cost us 33 cents on every dollar that we spend for Medicaid. If we can take and implement the private option, it was going to be at zero cost to the state of Arkansas. Folks, I was elected to the Senator of the District 22. I don’t have anything to do with the budget process in Washington DC. I tried to make the best deal that we could or we were going to take and have a full blown Obamacare in Arkansas. We had a hard decision to make, I made that decision, I do not regret that decision.

As part of the Patient Protection and Affordable Care Act (ACA) that President Barack Obama signed into law in 2010, states now have the option to expand their Medicaid programs so that the programs provide health coverage to people making up to 138 percent of the federal poverty level. The federal government will pay 100 percent of the costs for the expansion in 2014, 2015 and 2016, and then slowly decrease the portion it pays to until it is at 90 percent federal funding and 10 percent state funding.

This statement demonstrates that, first, Medicaid expansion is part of Obamacare (ACA) and, second, that states have a choice in whether or not to participate. At this point, about the only people left who believe the “private” option has “nothing to do with Obamacare” are the legislators who voted for it.
Sometimes I feel like a broken record as I write these posts about the weird things candidates say about the “private” option. But as long as legislators — and people who might soon become legislators — keep saying weird, unsupportable things about the program, I feel obligated to keep setting the record straight.