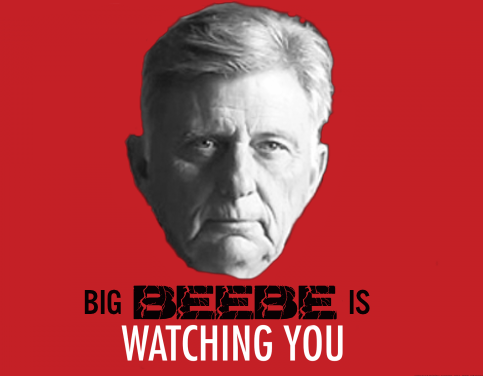 Today, Governor Mike Beebe gave his final “state of the State” address to a joint session of the Arkansas legislature. The speech was full of rhetoric and short on substance — it seems to be a pattern. Instead of taking the opportunity to propose solutions, the governor used campaign-type rhetoric to push for Medicaid expansion: “Those of you that provided leadership in the House and in the Senate together with our office are of one mind that the last thing we’ll ever do is throw folks out of nursing homes,” he said. (Apparently someone has proposed this and I missed it.)

He went on to say that rejecting Medicaid expansion will make us “less business-friendly,” which seems, well, impossible. He repeated a tired line about Arkansas being “5th in education,” which we have debunked more times than we care to count. And he also revealed that not only will he not eliminate the grocery tax as he originally had campaigned on but he will not even reduce it because it would “endanger needed services,” although he says he will “support a plan” to phase it out down the road. Oh, but we can afford a 2% cost of living adjustment (pay raise) for all state employees.

There is a lot of there there and a lot of things in this speech that need to be scrutinized more closely. I intend to do just that here at The Arkansas Project in the coming days because one thing was abundantly clear in the House chamber today: conservatives better be ready to defend their free-market arguments — thoroughly and articulately — or we’re about to get steamrolled. Governor Beebe may no longer have a majority of his party in the legislature, but he’s still shaping the debate.

While I’m working on some nifty analysis, check out the full text of Beebe’s speech here at Arkansas Business.

3 thoughts on “The Beebe’s Speech: “Everything is GREAT! No More Questions!””