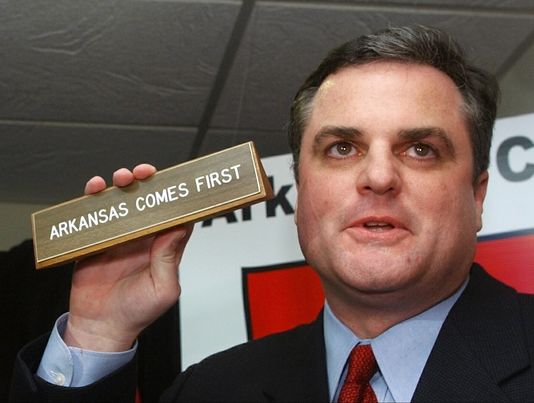 The Club for Growth (or “Club for Greed,” as a famous Arkansas governor once called it) has released a new ad targeting Obama BFF Senator Mark Pryor. As I’ve learned from Max Brantley, this type of targeted (conservative) brainwashing represents everything that’s wrong with American politics. I mean, how can unions ever hope to compete with this?

So, out of fear that innocent Arkansans might be misled by billionaires with the sinister motive of promoting freedom, we are going to fact check this ad for you. After all, truth is its own defense. Let’s begin!

According to the group’s press release, the group’s President Chris Chocola (Boy, Barry Hyde would’ve had fun with that name) said “Mark Pryor’s liberal record is out of touch with Arkansans..” OK, so far so good.

Claim #1: Pryor is the only Arkansan in Congress today who voted for Obamacare.

FACT CHECK: Yes, that is true — all of the others retired or got sent home.

Claim #2: Pryor is the only Arkansan in Congress today who voted for the Obama stimulus.

FACT CHECK: Now that is fal-…crap. These guys are good.

Claim #4: Pryor is supposed to be Arkansas’s senator, but he’s really Obama’s best ally in Arkansas.

FACT CHECK: Ah ha! We’ve got them here! Obama has no better ally in Arkansas than Gov. Mike Beebe — take it from Mike Beebe. But yeah, Pryor and Obama are kinda buds.

For what it’s worth, Senator Pryor has called the ad “false and misleading.” Apparently, what he means is: “I don’t like this ad!” And I guess I can’t blame him — what else can he say in the light of all the evidence, in a state that gave nearly 60% to John McCain in ‘08 and 60% to Mitt Romney just months ago?

It’s going to be a looooooong two years for Mark Pryor.