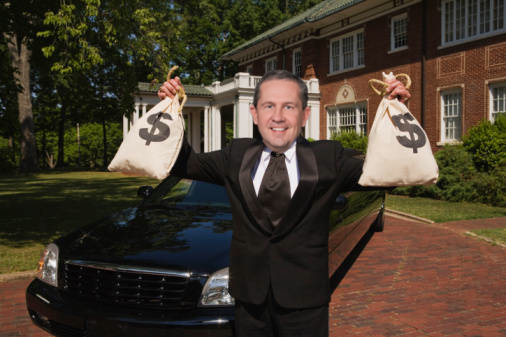 Despite the fact that state Senator Paul Bookout didn’t face an opponent in either the primary or general election in 2012, Bookout managed to raise more than $80,000.00 for last year’s campaign. According to his own campaign expense reports, he spent $63,000 of those funds. His campaign reports also show that Bookout choose not to itemize how upwards of $50,000.00 of his expenses were spent. As a result, Bookout will appear before the Arkansas Ethics Commission tomorrow morning, according to the citizen complainant, Bob Hester.

A quick review of Bookout’s financial disclosure form (publicly available on the Secretary of State website) suggest that it’s unlikely that the undisclosed $50,000.00 was spent in increments less than $100.00 each.  For example, in August of last year, Bookout spent $910 on office supplies. In order for all of these transactions to be unitemized, Bookout would have needed to make at least 10 different purchases for his office of less than $100 each. Does being an unopposed political candidate really require all these office supplies?

But Bookout’s report also shows $8,724 in travel expenses in March through December of 2012 — completely unitemized, and quite eyebrow-raising. In August alone, Bookout reports spending $955 on travel. Considering that the reimbursement rate is 55.5 cents per mile and assuming these travel expenses are for fuel, Bookout’s report suggests he drove just over 400 miles a week. Is this kind of travel typically required of unopposed political candidates?

Even more startling than his travel expenses are the ‘entertainment’ expenses Senator Bookout disclosed that are unitemized. March through December, Bookout spent a cool $27,000 on entertainment. In August alone, he spent $2,680. In order to lawfully spend this amount, without disclosing itemized receipts, Bookout would have (at least) 27 different expenses on entertainment in order for each expense to by less than $100.00 — all within a 30 day period. In order to spend the $27,000 on entertainment that Bookout shows on his forms since February 1, 2012, he would need to have incurred 271 separate entertainment expenses in order for each to be less than $100 — and that’s assuming that each expense was $99.99.

Simply judging by the senator’s disclosure reports, the people of Arkansas have been led to believe that Senator Bookout expensed hundred of items that were all less than $100. To repeat, this is possible, but it seems highly improbable — and it’s my prediction that the Arkansas Ethics Commission will find all of this as implausible as I do. Penalties for falsifying campaign expenses can include jail time and up to $2,000 in fines per violation. It sounds like Senator Bookout has some ‘splainin’ to do.