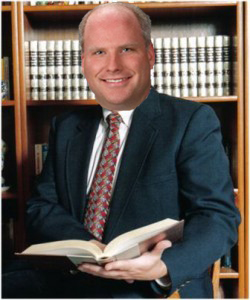 Different people will have different reactions to yesterday’s Supreme Court decision upholding the constitutionality of the White House health care plan; I tend to think that, here in Arkansas, the decision should be highly embarrassing for our Attorney General, Dustin McDaniel.

In 2010, McDaniel refused to join a lawsuit from 26 other states challenging the constitutionality of Obamacare.  In a March 30, 2010 interview with the Washington Post, McDaniel said that “I would be abusing my office to bring a suit that I believe to be constitutionally frivolous.” Notably, saying that an argument is “frivolous” doesn’t just signify a legal disagreement; saying that an argument is “frivolous” means that the argument, legally, is flatly indefensible. Even then, some of us suspected that McDaniel’s politics were playing much too large a role in his legal judgment.

Yesterday’s Supreme Court decision confirmed this. Contrary to Dustin McDaniel’s crack legal analysis, the three positions advanced in the state lawsuits not only were not frivolous, but each was accepted by a majority of the justices on the United States Supreme Court.  Five of the nine justices agreed that the individual mandate provision in Obamacare violated the Commerce Clause.  Five of the nine justices also agreed that the individual mandate provision could not be saved under the Necessary and Proper Clause.  And seven of the nine justices (including Justices Breyer and Kagan) agreed that the Federal Government could not punish states that refuse to go along with Obamacare by withholding Medicare payments.  Although the heart of Obamacare survived constitutional review (based upon Chief Justice Roberts’s conclusion that whatever Congress cannot do directly, it can do indirectly through its power to tax), the Court’s decision nevertheless imposes important future limits on federal power vis-à-vis the states and their citizens.

The fact that McDaniel believed these important principles of federalism are not only mistaken, but “frivolous,” raises serious questions about his legal judgment.  While McDaniel might believe that our Founding Fathers erred by creating a federal government of limited, enumerated powers, to call these important limitations on government power “frivolous” suggests that McDaniel’s legal judgments are clouded by policy preferences and political beliefs.  His refusal to protect Arkansans from an overreaching federal government was based upon a misguided and incorrect view of the relationship between Washington and Arkansas that has now been clearly rejected by the Supreme Court.  Furthermore, his accusation that the constitutional challengers were “entirely driven by political motivation rather than sound legal justification” is, in retrospect, quite startling.

McDaniel wasn’t the only Arkansas officeholder at fault here; embarrassingly, Governor Mike Beebe (normally a careful and even-tempered sort) suggested those who advocated limits to the federal government’s power occupied the same groundless legal position as the advocates of Massive Resistance in 1957.

In fairness, I attended a state senate committee meeting 18 months or so ago in which one of McDaniel’s many assistants explained, after several legislators pointed out the courts seemed to be taking the case awfully seriously, that McDaniel had “retracted” his accusation of the lawsuit’s frivolousness. Of course, as Oliver Wendell Holmes wrote more than a century ago, a good lawyer is one who can actually figure out what the courts will do in the future, not just one who can report on what they did in the past. One can only hope that, in the future, McDaniel will get the law right when it will actually do some good.