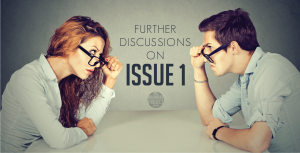 Last week, TAP published a post discussing an op-ed on Issue 1 written by Suzanne Clark, president of the state bar association. I had sent Ms. Clark some questions about her op-ed. She was gracious enough to provide answers to those questions, but I did not receive her answers in time to include in the original post. I appreciate Ms. Clark engaging in a dialogue with TAP on the fundamental issues at play in this debate. I may not agree with her answers, but I appreciate her time to have a discussion on this important topic.

Today I’ll devote a blog post to some of those questions, the answers she provided, and some of my thoughts on her answers.

Q: Speaking generally, would you agree with (deceased) Chief Justice Hannah that the public would be better off if it were more aware of the principle of separation of powers.

A: I do agree with our former Chief Justice. He was a zealous advocate for educating the public with regard to how the courts function and how the co-equal branches of government were to serve as checks on the other branches.

Q: What does the public need to know about legislative powers and judicial powers? I would say that the public needs to understand that the former is supposed to make general rules and the latter is supposed to decide concrete cases. Would you agree to that, or add to that, or disagree to that? What in your view is a good general description of these two sets of powers?

Ms. Clark’s answer suggests an incredibly cramped view of the legislative branch of our government. One part of a legislative branch’s job is certainly to make or change substantive law, but its duties unquestionably also include the making of general rules. For instance, it sets statutes of limitations and the age of majority. Those are general rules for the courts and the public. Even under Amendment 80, the Arkansas legislature still has authority to set jurisdictional (procedural, not substantive) rules in some instances (see sections 9 and 10).

Q: Do you think that Amendment 80, which granted procedural rulemaking authority to the courts, was a “power grab”?

A: No. With regard to rulemaking. Amendment 80 codified what had been precedent in Arkansas for generations.

Q: Do you think that, prior to Amendment 80, there was a failure of separation of powers?

A: No. Prior to Amendment 80, both the Court and the General Assembly respected the inherent rulemaking authority of the judicial branch, though it was not expressly stated in the manner set forth in Amendment 80.

This is simply wrong; it is absurd to say that anything like the principles of Amendment 80 had been in play prior to its enactment, although it would take an entire blog post to explain why. Instead of doing that, I’ll refer you to a detailed explanation on this issue that then-AAI President Dan Greenberg wrote in 2017. As he explained at the time, “For much of Arkansas’s history, the rules of civil procedure were contained entirely in statute. This changed in 1973, when the legislature delegated authority to the Supreme Court, transferring to it the authority to ‘prescribe, from time to time, rules of pleading, practice, and procedure’ in civil cases.” More particularly, Greenberg cited cases from 1990 and 1999 that showed that the legislature had the power, recognized by the Supreme Court, to enact procedural rules as long as they furthered some particular public policy, rather than simply affecting court administration. Ms. Clark’s assertions about the state of the law “for generations”  ignore binding precedent from 1999 that were changed by constitutional amendment three years later.

A: Everyone in any position in government is charged with upholding the Constitution. However, the ultimate authority with regard to interpretation of the Constitution in any given circumstance lies with the Court.

If voters approve Issue 1, the judiciary will still serve as a check on the legislature. If legislators pass a law that is unconstitutional, for instance, the courts can still invalidate it. Contrary to what Ms. Clark says, the judiciary was never intended to be co-equal in power with the other branches. A quick read of Federalist 78 illustrates this. That discusses the federal judiciary, but the same principle applies. The judicial branch is the branch is supposed to be, and always has been, the most constrained in what it can do. That is the reason that people still quote the author’s (Alexander Hamilton’s) famous phrase about the courts — “the least dangerous branch” — even though this label is, nowadays, of more questionable accuracy.

Later this week I will provide thoughts on the remaining questions I asked Ms. Clark and her answers.