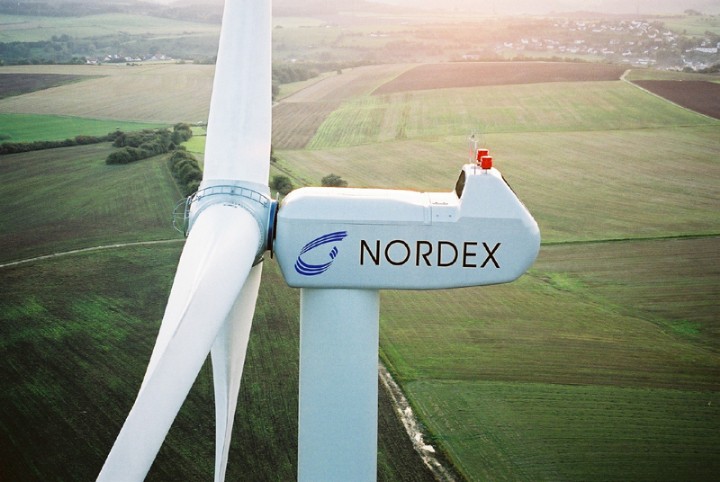 Nordex, a wind-power company in the Jonesboro area that received millions in incentives from state taxpayers, still owes taxpayers (at minimum) $2.3 million in repayments, according to the Arkansas Economic Development Commission.
When Nordex announced it was closing shop in June, AEDC staff announced that they would begin negotiations with the company to recover taxpayer funds that had come from the state’s Quick Action Closing Fund. (This process is often referred to as a “clawback.”) It was unclear at the time exactly how much of the funds the state would be able to — or attempt to — recover. Apparently the state has reached an agreement with the company for a total repayment of $2,309,020.63. Joe Holmes of AEDC says Nordex drew a total of $2.5 million from the QACF.
This chart from AEDC provides a list of businesses in Arkansas that currently owe QACF funds to taxpayers:

According to Holmes, QACF funds are the only funds that the state can get back:

The claw backs refer strictly to the QACF. The other incentives are performance based. For example, a company may receive Create Rebate which allows for a certain percentage of cash rebate based on payroll for new jobs over a specific period of time.  If the company says it will create 100 jobs but only creates 25, it receives the incentive only for payroll for those 25. If it creates 80, then the incentive received is for the payroll for those 80 new jobs.
If the incentive is for sales and use tax for construction materials etc., then it will receive that credit or rebate for qualified spending for such.

Taxpayers cannot know exactly how much incentive money Nordex received because these incentives are based on total employment numbers, as Holmes explained, and employment numbers are exempt from the Arkansas Freedom Of Information Act. (However, that didn’t stop Holmes from telling Arkansas Business in June that Nordex had employed about 100 employees at their peak.)
In that same article, Holmes said Nordex had received $11 million bond guaranty from the state and had been making payments “like clockwork,” but still owed $9.3 million. Holmes told The Arkansas Project “The company is current on its payments and has committed it will remain current. The balance as of today is $9.23 million.”
As for the balance of QACF funds, Holmes said Nordex plans to repay their full bill all at once and the “check should arrive any day.”
Holmes also said that the state has not yet had a state decline to repay the funds, but should that scenario present itself, “AEDC will use every means available to use by law, including litigation, to recover funds.”