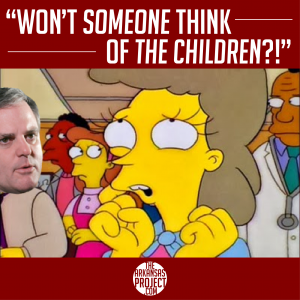 “Won’t somebody please think of the children?!”
This line from The Simpsons could have been the catchphrase of Senator Mark Pryor’s 2008 Senate career. That was the year of a media frenzy over unsafe children’s products, something that resulted in the Consumer Product Safety Improvement Act (CPSIA).
The American people are now saddled with a law that has caused significant hardship for business owners around the nation. As Chairman of the Consumer Protection Subcommittee, Senator Pryor took the lead in pushing this bill through the Senate. The problems it has created can be laid at his feet.
Before we examine these problems in detail in further blog posts, it is instructive to go back to 2007 and 2008 and see why Congress passed such a burdensome law.
Here’s how Walter Olson, whose blog, Overlawyered, chronicles this law’s many problems, describes its passage:

Congress passed CPSIA in a frenzy of self-congratulation following last year’s overblown panic over Chinese toys with lead paint. Washington’s consumer and environmentalist lobbies used the occasion to tack on some other long-sought legislative goals, including a ban on phthalates used to soften plastic.

In 2007 and 2008, manufacturers recalled a large number of children’s products. The media focused particular attention on recalls that had high levels of lead or potentially unsafe parts. This, along with media stories focusing on toy-related children’s deaths, prompted so-called “consumer” groups to lobby Congress to strengthen product safety laws.
Fewer things make the spines of politicians melt faster than the call to “do it for the kids.” After all, who wants to be barraged in their next election by TV commercials saying they hate child safety?
Senator Pryor certainly didn’t. He took this high-profile issue and pushed a poorly-written bill through the Senate. Never mind that, as blogger Kathleen Fasanella explains in detail, many of the horror stories used to promote CPSIA could have been addressed under existing law. But making the bureaucracy work better doesn’t get as many headlines as passing a new law that’s “for the children.”
What was the result? According to the Consumer Product Safety Commission, “The CPSIA included provisions addressing, among other things, lead, phthalates, toy safety, durable infant or toddler products, third-party testing and certification, tracking labels, imports, ATVs, civil and criminal penalties and SaferProducts.gov, a publically-searchable database of reports of harm.” That’s quite a list.
As you may expect, a law that covers this many subjects has had a huge effect on the children’s product market. Requirements that children’s products be tested for safety are causing the most problems. The presumption of this law is that toys are unsafe until proven otherwise. This testing is expensive, time-consuming, and burdensome on all but the largest of companies. Here’s a handy flowchart from the Handmade Toy Alliance that guides you through some of the steps if you are a small manufacturer of children’s products:

Will these costly new requirements improve the safety of children’s products? As my future posts will show, that’s unlikely.