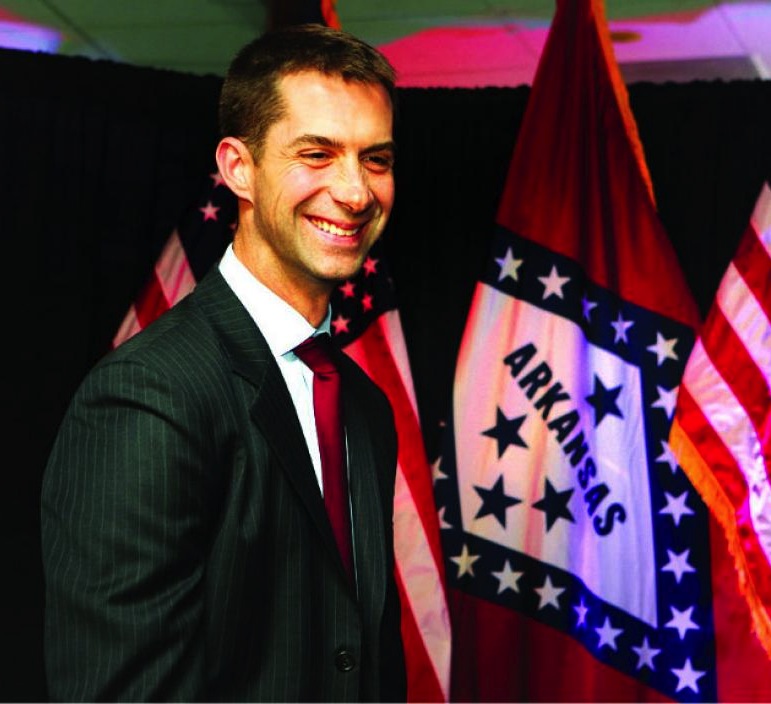 Yesterday, Arkansas Congressman Tom Cotton penned an op-ed in the Arkansas Democrat-Gazette that outlined his opposition to the recent ‘farm bill’ that was voted on in the U.S. House of Representatives. In the piece, Cotton says:

Like so many other Arkansans, farming for us isn’t a job; it’s a way of life. I took the lessons learned on our farm into the Army and now to Congress.

That’s why I was disappointed with the Farm Bill considered by the House recently, which was a bad deal for Arkansas farmers and taxpayers. It had a staggering $940 billion cost, an incredible 56 percent increase-$335 billion-from the 2008 Farm Bill, at a time when we’re $17 trillion in debt. Yet Arkansas farmers would’ve received less than 1 percent of the money from its farm programs, and over 75 percent of Arkansas farmers were expected to receive nothing from these programs.

In truth, the Farm Bill should be called the Food Stamp Bill. Many Arkansans may not realize that nearly 80 percent of spending in the Farm Bill goes toward nutrition programs-primarily food stamps.

And of course — like any good D.C. bill — the farm package was riddled with unnecessary pork-barrel spending:

Finally, the bill was loaded with policies unrelated to farming, which all come at a cost to Arkansans. For instance, the bill spent $375 million to teach kids that candy and sodas aren’t part of a well-rounded diet. It also authorized new taxes on Christmas trees. And it restricted imports of all kinds of fruits and vegetables, driving up grocery costs for Arkansas families.

Many congressmen go to Washington and use their position to curry favor with special interest groups. Many legislators want more welfare — more people dependent on them, which helps them consolidate power. This welfare takes the form of massive handouts to corporations and other “powers that be,” which leads to massive debt. (We didn’t get to $17 trillion in debt all because of the Iraq War.) Congressman Cotton, on the other hand, may be the exception to that rule. He’s gone to Washington and taken difficult, principled stances on controversial bills. Other legislators badmouth our growing national debt — a debt we will all have to pay for at some point. Congressman Cotton seems determined to do more than issue empty press releases about this problem. The brouhaha over the so-called “farm bill” is simply the latest example of Cotton’s principled opposition to bigger and bigger government.

But this stand, like the others, wasn’t easy, nor was it politically expedient: it would have been much easier and politically profitable for Cotton to vote for the farm bill handout. After all, he represents a large farming population. Few people would have noticed. Even fewer people would’ve said anything or raised much of a fuss. He might have even garnered some large campaign contributions. But apparently Congressman Cotton is a different breed, cut from a different cloth. When he told the people of the Fourth District that he was going to Washington to help tackle the national debt and fight wasteful, deficit spending, he meant it. At a time when it seems we are constantly enduring government scandals and broken political promises, I’d say that’s refreshing.

3 thoughts on “Congressman Cotton: Cut From A Different Cloth”