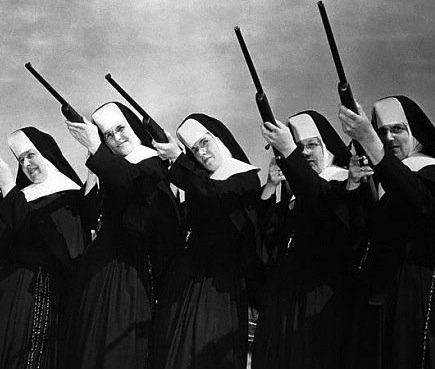 Today, SB71, “The Church Protection Act,” cleared its first hurdle towards becoming law. It was passed out of the Senate Judiciary Committee this morning without a dissenting vote. However, there were some theatrics involved.

SB71 is the law commonly referred to as “church carry.” To be quite clear, the law does not allow unprohibited concealed carry within churches or other houses of worship in Arkansas: it allows churches to decide for themselves whether or not to allow CCL permit holders to exercise their permits on church property.

In his testimony on behalf on the bill, lead sponsor Senator Bryan King said the bill is important for many reasons. One reason in particular is that it allows rural churches — who are a long distance away from law enforcement and are subject to long response times — to take measures to defend themselves. He said he has also heard concerns from churches that are close to jails in the state and from leaders of youth groups where kids often carry in weapons.

But before Senator King spoke in favor of the bill, Senator Stephanie Flowers — who is not a member of the Judiciary Committee — was recognized and allowed to offer an amendment to the bill.

Flowers’s amendment would have required churches that choose to allow concealed carry to obtain liability insurance. She said she proposed the amendment to “make the bill better” and to “protect the innocent.” When Senator King raised concerns about the separation of church and state, Senator Flowers rebutted,

When Senator Gary Stubblefield raised concerns about the undue cost that the amendment would place on churches to obtain this insurance, Senator Flowers responded:

“I don’t know the cost, so I am not going to pretend that I do, but I don’t think it could be that much.”

She reiterated that her amendment was only in the interest of “protecting people” from a gunman in that enters a church: “It could be somebody that’s mentally imbalanced all of a sudden,” Flowers said.

There was also a discussion between Senator Flowers and Senator Jeremy Hutchinson, chairman of the committee, about whether or not this type of insurance even exists. “Probably so,” was Flowers’s initial response.

Ultimately, after a lengthy discussion about the full implications, Flowers’s amendment was voted down on a voice vote, Senator King said he appreciated Senator Flowers, despite their disagreement:

“Her amendment may have helped get more lawyers to church [because of the liability issue] —  and that would’ve been a good thing.”

The committee did pass an amendment, sponsored by Sen. King, to attach cosponsors and an emergency clause to the bill. The bill now moves to the full Senate for a vote.