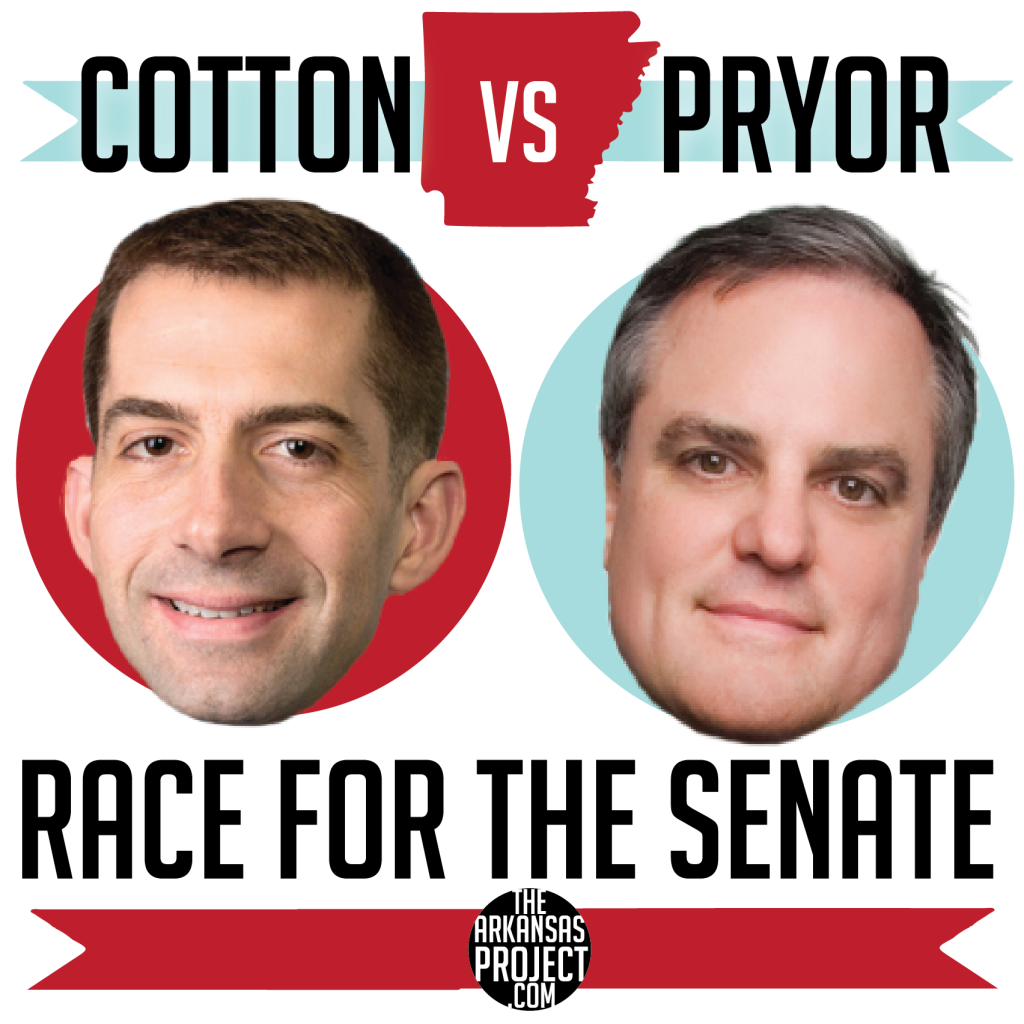 I haven’t written anything about the U.S. Senate race between Rep. Tom Cotton and Senator Mark Pryor in a while (there have been a few other things going on). But I know everyone has been anxiously waiting to hear my opinions, so here are some casual observations about the state of the race on this Friday the 13th.
1. Rep. Tom Cotton just released a new television ad that may make my Top Ten All-Time Political Ad list.
It’s not just that the ad is truthful, entertaining, and witty (three required elements of any political ad, in my opinion), but Cotton breaks the mold of traditional campaign ads. Yes, Cotton pledges to “stand up to President Obama” — which has almost become a requirement for any GOP candidate running for federal office. But Cotton goes a step further, pledging to stand up to “my own party, when I have to.” That is a rather unusual statement for a campaign ad, but then again, Rep. Cotton is not your typical politician. His commitment to fight for principle over party is really refreshing. (You can view the ad here.)
2. Meanwhile, Senator Pryor apparently thinks we don’t have an “equal pay” law in America.
Picking up the national Democratic “war-on-women” playbook, the Pryor and his allies are very interested in making Cotton’s opposition to the “Paycheck Fairness Act” an issue. Here’s a long list of ridiculous examples. What’s really weird about this line of attack is — as we discussed in this week’s podcast — we already have an equal pay law written in this country, as we have for over 50 years. Furthermore, the Paycheck Fairness Act has little or nothing to do with equal pay. Instead, as Daniel Fisher has explained at Forbes, it has a lot to do with government arbitrarily inserting itself into the private market, creating new avenues for litigation, and making it more difficult for Americans to move up the economic ladder. That is, apparently, what Mark Pryor wants.
3. For the first time, Cotton has cracked the 50% threshold in the race.
Maybe this explains all of the desperate attacks coming from the Pryor camp: for the first time since Cotton officially jumped in the race last summer, Cotton has passed the 50% mark in a head-to-head poll. Pryor, on the other hand, is still stuck in the low 40s — which is not a pretty place to be for a 12-year incumbent, just a few months out from the election.
There’s a long way to go in this race, but the momentum certainly seems to be shifting Cotton’s way. As always, stay tuned to TheArkansasProject.com for continuing news and analysis.