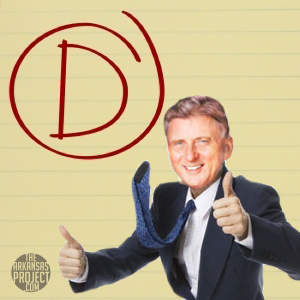 A big chunk of the political class in Arkansas was chattering about the fawning profile of Gov. Mike Beebe in the New York Times yesterday.
The article contained this, err, interesting nugget:

“How is he regarded? As one female political operative here put it, “He talks like molasses, and I want to have his babies.”

Well, okay then.
Unfortunately for Beebe, yesterday the Cato Institute, that bastion of freedom and limited government, threw cold water on all those people in Arkansas that the New York Times says are in heat for Beebe-style governance — when it unveiled its annual Fiscal Policy Report Card for America’s Governors.
From the report:

Governor Beebe has supported both tax increases and tax cuts during his tenure. In 2012 he backed a ballot measure that increased the sales tax rate from 6.0 to 6.5 percent, which dragged down his score. In 2013 he signed modest tax cuts into law, including an adjustment of individual income tax rates and brackets, a 50 percent exclusion for capital gains, and a cut to sales taxes on groceries. Beebe’s record on spending since 2012 is about average among the governors.

Cato gives Beebe a “D” grade. My initial reaction to that grade: the Cato Institute may be one of the few institutions left in America which haven’t engaged in grade inflation. For some mysterious reason, the report’s authors didn’t see “talking like molasses” as a net benefit to the future of Arkansas.
The only other surrounding state with a lower-scoring Governor was Missouri’s Jay Nixon. Regrettably, multiple female political operatives from Missouri did not return The Arkansas Project’s calls inquiring about whether they wanted to have Nixon’s babies.
The report also paints a bleak picture for future budgets in states like Arkansas that expanded Medicaid under Obamacare. It states:

Even with the federal government paying most of the initial costs, the ACA will put a large strain on state budgets down the road. State policymakers are concerned that Congress will reduce the federal cost share in coming years because federal deﬁcits will create pressure to cut spending. Without reforms, CBO estimates that federal Medicaid spending will almost double from $299 billion in 2014 to $576 billion by 2024.The growth is projected to be so rapid that even President Obama has suggested that Congress decrease the federal cost share.The expansion of Medicaid under the ACA is bad policy for numerous reasons, and many governors are refusing to go along. Currently, at least 21 states have decided not to go along with the expansion. Those states may lose “free” federal money in the short run, but leaders in those states may be saving their states from huge ﬁscal burdens later on.

In other depressing news recently, the Tax Foundation recently released a study showing Arkansas with the second highest sales tax burden in the nation.
But don’t worry! For the privilege of paying some of the highest sales tax rates in the nation, you get a two-day sales tax “holiday” gimmick in early August — that way, politicians can brag about how much they cut taxes when they’re up for re-election!