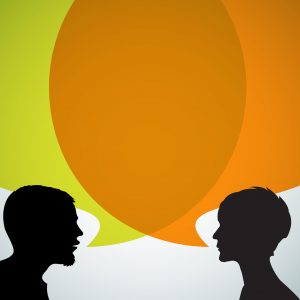 You’ll probably remember that we’ve been covering the Bowen Law School affirmative-action controversy; the controversy surrounds Bowen’s LEAP program, which the faculty approved earlier this week. To summarize, LEAP gives unsuccessful law school applicants another chance; before the faculty voted to approve LEAP, it amended the program guidelines to focus on the admission of students who are “historically underrepresented in law schools or [who] come from socially or economically disadvantaged backgrounds.” (The original proposed guidelines said the program would focus on “people of color” and those who are economically disadvantaged.) You can read the adopted version of the proposal here.

Bowen’s LEAP is controversial, in my opinion, for two reasons. First, the language of the amended proposal appears ambiguous or unclear — and I’m not the only one who thinks so: there is significant division among the faculty and administration as to how to interpret the substance of, and how to implement, what they just approved.

Second, under some interpretations of the substance of LEAP, it appears unconstitutional. For instance, if the program’s focus on the “underrepresented and disadvantaged” makes applicants of certain races automatically eligible while not being open to all other applicants, the program would be a constitutional non-starter. Indeed, there is some possibility that – even if race is not an absolute qualification or disqualification for LEAP – the program, could be unconstitutional if (to speak casually) race played an impermissibly large role in LEAP decisions.

If you attended Monday’s faculty meeting, you saw both aspects of this controversy in sharp contrast. Here are several selected quotes from the faculty’s discussion of LEAP that underscore why it’s controversial. Note, especially, the underlined sentences.

As I read it, it’s a distinction between means and ends. So, the means used [are] in page 3, part 3. It’s designed to diversify the pool; whether it does that or not remains to be seen. But you can have a program with the ends of…diversity, based on these criteria that you have at the beginning…or try to…get a diverse group of students with a variety of backgrounds and the criteria, however, are neutral. I mean, they’re LSATs, community service, you know, [inaudible] conduct…of things that are going to be administered. So, the means…are part 3. And then the ends can be, to try to get this diverse of group of students who might be disadvantaged in a variety of ways, which is sort of [inaudible]…the beginning of it. That’s what this is designed to do. We’ll see if it accomplishes it or not.

Professor Steinbuch asked if the LEAP proposal’s attention to applicants who are underrepresented or disadvantaged are elements of the program: “Is that a filter for admission to the LEAP program?”

Applicants do not have to fit in any category. Applicants can be anybody. Anyone that is denied admission, the first level, the first pool…the filter will not be any factor other than they were denied admission. That’s the first level filter. Then once we get that…we will begin to review applications. We will review for all those factors, most particularly page 3 has a list of A through K. The program is designed, as we’ve developed it, to admit people who are historically underrepresented or socially and economically disadvantaged. But the filter is not at the beginning at all. There’s no filter at the beginning.

Steinbuch then asked, “So this is race neutral? Race will not be considered in admission to LEAP, is that correct?”

Aiyetoro responded, “The factors are race neutral is what I think Terry [Beiner] was saying, yes.”

Professor Gallant chimed in as well:

I want to say something about the issue of race…Race is not, and has never been, a qualifying factor to be considered by this program. Now…the next thing is this: this is a program to help with the issue of underrepresentation of populations in the law school population, in Arkansas, and in the nation. Has race defined underrepresented populations? Well, you tell me. Within my lifetime, the schools in this state were officially segregated. Within the present, Little Rock school district is still under the desegregation order…

Do we see that race still has a role in who is underrepresented in the legal profession among African Americans, among Native Americans, among [inaudible]. So, does that mean that race may be one of many factors determining who may be admitted through this program? The answer to that is YES. I want to say this: the original version was, in my view, fully constitutional, nowhere near any constitutional line. This program is fully constitutional, nowhere near any constitutional line. And if anyone here wants to wonder about this…it has something to do with the long history — but there was the long history of times when blacks were legally forced to remain illiterate. It takes generations to overcome it…and yes, having it as one of many factors…There are many factors here, but I don’t think it should be hidden: race is an issue and we have to do something.

As I was saying, there’s a significant amount of disagreement about what LEAP is, how it will operate, and what factors will be considered for admission.

I also contacted Dean Schwartz yesterday for an interview about LEAP’s constitutionality, in light of the faculty discussion above. His secretary emailed me back, saying “He did ask me to let you know that he can answer questions via email, but it would be much later tonight – or perhaps tomorrow morning – when he’ll be able to do that.” I therefore emailed him three questions. Regrettably, morning has come and gone and I still haven’t heard anything from Dean Schwartz, but I’ll be pleased to post his answers to my questions if he decides to supply any.

In short, it appears that there is genuine disagreement among the faculty about the logical and constitutional implications of LEAP. My colleague, Dan Greenberg, intends to write more about the constitutional questions that the amended version of LEAP raises later on. For now, it is safe to say that the Bowen faculty – which is charged with teaching students how to draft and interpret the language of the law – do not agree on the legal significance or the practical application of the policy they just passed. Whether this is an indictment of constitutional law itself, or just an indictment of the Bowen faculty, is a question perhaps best left for another day.