The federal government may be coming for your ammunition. But if Senator John Boozman has his way, they won’t get it. 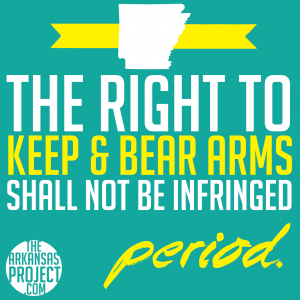 Earlier this year, the Bureau of Alcohol, Tobacco, and Firearms (ATF) proposed a regulation to ban the manufacture of M855 ammunition (a type of .223 caliber ammunition), claiming that it was armor-piercing. There were a variety of legal problems with this proposed rule. This regulation seemed far more like a politically-motivated move by the Obama Administration, rather than an agency applying the law in a fair and unbiased way.
ATF’s regulation rested on an interpretation of a law that dated back to the Reagan Administration. In 1986, President Reagan signed legislation that would, in effect, ban armor-piercing ammunition in order to protect law enforcement officers. ATF’s claim was that M855 ammunition is covered by that law. Forbes contributor Frank Miniter has looked into whether this ammunition is indeed a threat to police:

According to the FBI’s “uniform crime reports” about 2.5 percent of all murders are committed with rifles of any caliber. The FBI does not break out its statistics by caliber. I was also not able to uncover a single murder of a police officer in a shooting where someone used a handgun chambered in .223—much less one using M855 ball ammunition. (The spokesperson for the ATF has thus far failed to respond to questions.)

Sen. John Boozman was one of the senators who took the lead in fighting ATF on this regulation. Eventually, the agency withdrew it, thanks to the work of Sen. Boozman and other members of Congress. As Sen. Boozman said at the time, “The agency responded to their direct pressure, as well as Congressional pressure we applied on their behalf, and hopefully realized this proposal would violate the rights of law-abiding gun owners across the nation.”
Of course, Washington being Washington, just because ATF withdrew its regulations doesn’t mean the issue is dead. Some members of Congress are pursuing legislation to enact this ban into law. I contacted Sen. Boozman’s office to see what he thinks about this legislative strategy. His office e-mailed me a statement from him:

As a strong supporter of the Second Amendment, I am committed to fighting off attacks threatening this right.  Limiting access for hunters and sportsmen to own ammunition in a cost-efficient manner is a serious threat. I will continue to fight against proposals that restrict the ability of law-abiding citizens to exercise this right and promote and defend the Constitution. Should Congress attempt to pass legislation similar to the ATF proposal, I will most certainly oppose it and lead the charge to fight against it.

Given the composition of Congress, it’s unlikely that any gun control legislation will pass this session. However, as ATF’s actions have shown, measures to infringe upon the Second Amendment can still come from the Obama Administration. ATF’s retreat from the M855 regulations shows that Congress has an important role to play in standing up for gun owners and others who care about our Bill of Rights.
It should be noted that every member of the Arkansas Congressional delegation is supportive of gun rights. But it seems Sen. Boozman has made this issue a high priority, and so I have highlighted his efforts here.

One thought on “Boozman Fights for Your Ammo”