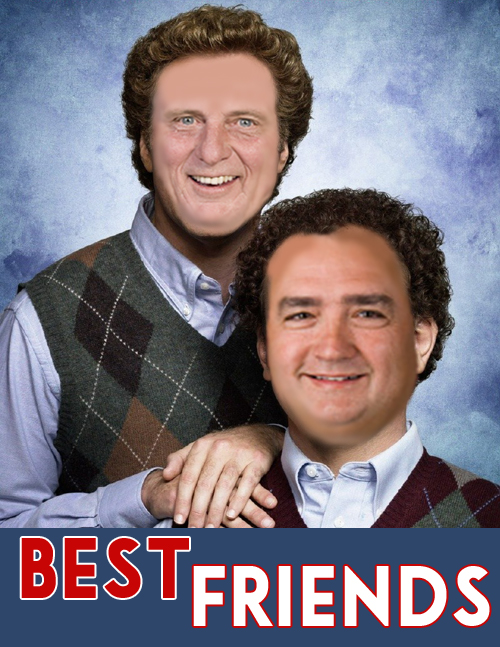 Last night, I witnessed the Searcy debate between incumbent Rep. Mark Biviano and his Democrat challenger Kyle Osborne. If the voters make a choice based on the candidates’ performances, Osborne is in serious trouble.

In his opening statement, Osborne began by saying he’s running for state representative because he has 30 years of law enforcement experience and “we need a little law enforcement in Little Rock.” He continued by saying he wants to go to the legislature to “serve alongside our hometown boy Mike Beebe.” You know, the Governor Beebe that’s running around the state calling for “civility” while telling Republicans to “shut their mouths” and accusing AFP of “trashing Arkansas.”

He also repeated the tired talking point that “Arkansas is 5th in education” (again, this claim has been fully debunked here at The Arkansas Project). Osborne also said he wanted to help Beebe finish eliminating the grocery tax and that, as police chief, “I’ve done everything I could to double the training budget for the city police.”

Biviano began by asking the moderator if the altitude had been properly adjusted in the room before the debate: “You’ve gotta love Al Gore,” he quipped. He then began the substantive portion of his remarks by saying he was running for reelection to give his children better opportunities. He said that,

“To be an effective legislator, you have to want to serve. We have too many rubber stamp legislators.”

As for his platform, Biviano espoused his belief in lower taxes, education reform, and a business-friendly regulatory climate. Citing the statistic that Arkansas has lost 30,000 private sector jobs in the last 5 years, he ended his remarks by saying, “It’s time for Arkansas to do better.”

On Medicaid expansion, Biviano began, saying we are $400 million in the hole and agreed with the governor who said last week that we need more information: “We need to make sure we have all the facts.” Osborne was then asked directly, by the moderator, if he would’ve voted for Obamacare had he been in Congress: “No. I would not have.” When asked to explain, Osborne said,

“It’s a complex issue. I can’t explain it to you.”

He then talked for a few minutes about how Arkansas was going to miss out on all the free money from Medicaid expansion if we chose not to participate: “We are going to pay for it anyway.” Given that many states around us have signaled that they oppose Medicaid expansion, it was unclear why he wanted Arkansas to shoulder this expense.

On education, Osborne delivered an essentially empty response:  After a long pause, he said, “To promote education, you must have teachers on board,” adding that his concern is that “we have to keep education funded” (apparently someone is proposing eliminating teachers and all education funding).

Biviano took his turn, stating that Arkansas is in fact 33rd in educational achievement and said we need competition in education:

“We need school choice. We need to empower parents.”

“Governor Beebe has done everything in his power to fund education–I agree with that. I assure you, Governor Beebe and I do not agree on everything, but on public education, we do. My opponent doesn’t.”

(Osborne is friends with Governor Beebe, in case you missed that–check his website for several glamour shots of him and the Gov.)

On Governor Beebe, Osborne was asked directly to tell voters how he distinguishes himself from Searcy’s son, the chief executive of the state. After a brief pause, Osborne said the main difference is probably how far they can hit a sand wedge. Presumably, he was joking, although he never answered the question.

“Governor Beebe is a friend of mine–he has been for 30 years. He would never tell me how to vote,”

Osborne assured the crowd. He also said that the governor did not put him up to running against Biviano–an assertion that is highly suspect, given their personal relationship and previous statements by Osborne.

Biviano responded simply by saying that the governor has tried to tell him how to vote.

On Voter ID, Biviano was asked if there was any documented evidence of voter fraud in Arkansas that would’ve been prevented by a voter ID law. Biviano cited the recent indictment of former state Rep. Hudson Hallum as evidence that the current voting system is susceptible to corruption. He said “when there’s an element of fraud that exists and it can be eliminated, we should do that.” Osborne declined to take a hard stand on the issue, saying only that he “doesn’t necessarily have a problem with ID requirements”–Max Brantley and the governor will NOT be happy–but his concern was who would pay for the IDs (as I noted last week, every state that has implemented voter ID requirements has made IDs available, at the cost of the state, to voters–Kansas had only 32 people out of 1.7 million registered voters take advantage of the program earlier this year).

“I don’t know what the rush is on requiring IDs. There are more important issues in state government right now.”

There is an issue more important than the integrity of our elections? What is it? Osborne previously told Family Council that he supports voter ID laws.

On medical marijuana, things got a little bit interesting: Osborne told the crowd

“Marijuana is an illegal drug. As a police officer, I am against it”

(in case you hadn’t heard, Osborne is a police officer, and he’s friends with Governor Beebe). Biviano also said he was against the initiative, but used the opportunity to pin Osborne on his abortion stance, accusing Osborne of having good rhetoric, but saying he’ll fall in line with the Democrats on abortion if he gets to Little Rock. Osborne jumped in, saying Biviano likes to speak for him, “But he don’t know me.”

Then Biviano pointed out that, in the Family Council Voters Guide, Osborne said he was “undecided” on the issue of legalized abortion. Osborne offered no retort because, well, what can he say? Biviano was right: see Osborne’s answers to the survey here. But did you know that Osborne is friends with Mike Beebe? Perhaps this is what Osborne had in mind when he said there are “more important issues facing state government” than voter ID.

On the issue of natural gas exploration and fracking, Osborne said “we’ll see.” He also said “We need to make sure everyone in this area is safe from the gas industry” (apparently they’re killing people–which reminds me: did you know Kyle Osborne is a police officer? He’s also friends with Mike Beebe).

On how to bring businesses to Searcy, Osborne cited the governor’s quick action (slush) fund, calling it “one of the mainstays we have.” He also said he supports tax breaks for industries that would come here, but he did not specify which ones.

“Anything we can do to get a business to relocate to Searcy, I would do it,”

he said. That’s quite a promise!

In contrast, Rep. Biviano laid out a 5-point plan for economic growth: 1. Improve the tax climate, 2. Improve job skills, 3. Reduce regulations, 4. Promote existing assets, 5. Use our resources aggressively. Osborne’s responding by saying,  “I agree, I think enough has been said about that one.”

Then of course the issue of Biviano’s signing of the Taxpayer Protection Pledge was raised: Osborne continues to use the old, worn out line that Biviano is now “beholden to special interests in Washington D.C. instead of the people.” Of course, it could be that Biviano is simply beholden to the ideals of smaller government and free markets. Ah, if only he were friends with the governor.

Perhaps fittingly, Osborne ended his remarks by thanking folks for coming and “putting yourselves through this.”

Stylistically, the contrast was stark as well: one candidate was well prepared and well versed on the issues. Kyle Osborne, on the other hand, spoke as if he had woken up yesterday morning, played 18 holes with the Gov (you may have heard–they’re friends), and then realized at about 4pm that he had a debate to prepare for–and instead went to dinner. I wish I had counted the number of times he used Beebe’s name. The whole thing bore a disturbing resemblance to a little girl who’s just gotten her first boyfriend running around Walmart to tell everyone about it.

Almost every answer of the night for Osborne–even opening and closing statements, which are (traditionally) prepared in advance–were preceded by 3-4 second pauses, sometimes audible sighs. He often looked at the ground; at times his answers were as simple as “I agree with that,” speaking in reference to Rep. Biviano’s previous remarks. It was almost like a replay of the Obama-Romney debate from last week.

Osborne’s performance was in fact so bad, it led one of Searcy’s only self-proclaimed liberals to tweet that

(Of course you wouldn’t know this from reading today’s local paper, which glowingly paints Osborne as understanding, an outspoken social conservative, and someone with “a mind of his own” who won’t follow the Democrat party blindly. *snicker*)

One thought on “BFF: Kyle Osborne Hearts Mike Beebe, And Other Things I Learned Monday Night”