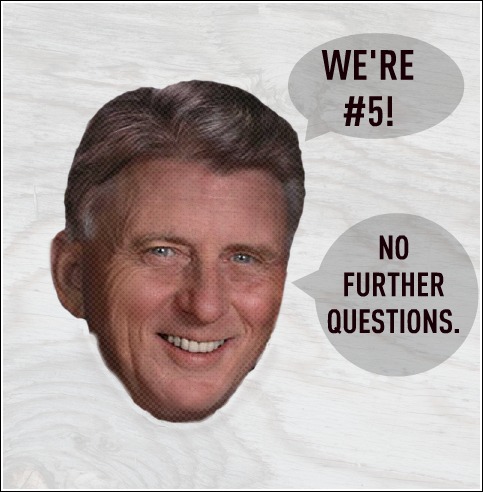 Recently we cast a questioning glance at the claim peddled by Arkansas Gov. Mike Beebe that the state’s K-12 education system is “the fifth-best in the United States.” The governor bases the claim on the annual Education Week Quality Counts ranking released in January.

Trouble is, it’s not really true. The University of Arkansas Office of Education Policy issued a whiz-bang assessment of the problems with the rankings. They note that the overall state ratings, like the one Beebe trumpets, are “based on a convoluted (and nonsensical) combination of the individual indicators.” (In fairness, the UA ed wonks did note some strengths in the EdWeek data, as well.)

Yet Beebe continues to push the highly questionable “fifth in the nation” claim. As recently as last week in a radio address, Beebe explained how the education funding in his 2012 budget will “help continue our ongoing push for excellence in education, a push that has brought Arkansas up to number five nationally, according to Education Week magazine.” He never stops, this guy!

The Arkansas Leader is having none of that nonsense, mister, and they fire back with a scathing editorial that looks more closely at the results of the study. They argue, rightly, that the rankings pay too little attention to student achievement and other educational outcomes:

Not only did the state receive a “D” in student achievement, it also received a “C-” in chances for success, but it still ranked fifth in the nation. How can it be?

Simple: The study gave the state high marks in paperwork, vision and effort. Arkansas was awarded an “A” in standards, assessments and accountability. That means paperwork.

It also received an “A” in transitions and alignment — more paperwork, ideas and vision.

So the state is great at paperwork, but not in reality.

“Paperwork has become more important than achievement,” the Leader editorial concludes. Tough stuff, but perhaps that’s needed to get Beebe to stop pushing misleading and self-congratulatory claims about education in Arkansas. Or we can just change the state nickname to “The Paperwork State.” Really, I can go either way on this one.

One thought on “Beebe Keeps Pushing Dubious Education Ranking—And He Should Stop!”