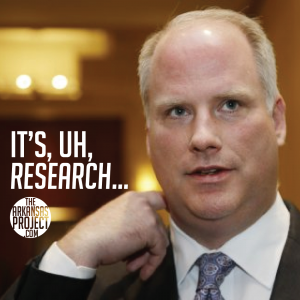 Specifically, the AGs accused Backpage.com of failing to “effectively limit prostitution and sexual trafficking” on the site. The full letter is here (PDF).

If you’re the type of person who sits around thinking, “Hey, whatever happened with that?”, well, I’ve got news for you. This is what happened with that: Backpage.com responded last week with a lengthy letter detailing how they work with law enforcement “to keep individuals from misusing our site” (including testimonials from law enforcement personnel), and the steps they take to filter, review and block questionable content. The way they see it, Backpage.com goes above and beyond what many other sites do to prevent illegal activity.

The 10-page letter concludes with a coda reminding the AGs of a little thing called the “First Amendment”:

Finally, it is our view that any prosecution or threatened prosecution of Backpage.com would infringe free speech rights under the First Amendment since a governmental attempt to shut down all or part of a perfectly lawful website would silence vast amounts of constitutionally protected speech. We believe this infringed-upon right was both clearly established on and before August 31, 2011 and that the application of extra-legal governmental pressure short of arrest or indictment would chill or silence a person of ordinary firmness from the exercise of future First Amendment activities.

You can read the whole response here (PDF).

If you glance over at the aforementioned “Adult” section (totally SFW; really, go ahead, it’s fine, your boss won’t care at all, you can trust me), you’ll see it includes numerous entries for escorts, strippers, massages, sex fetish play and more. It’s just a cornucopia of depravity, which means it’s more or less awesome, which means it will be shut down in short order. Christ, nothing ruins a good party like an Attorney General walking through the door.

BONUS READING: Go back and read this nice column from our friend Jason Tolbert of The Tolbert Report from a few weeks back, in which he explores the shifting rationales for when McDaniel thinks a given issue is worthy of his office’s attention.