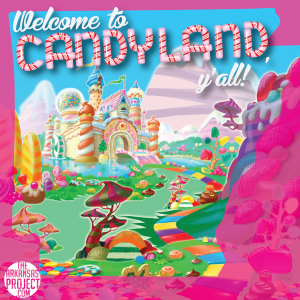 The New York Times recently published this stunning report. It details how residents of Texarkana, TX are considering moving across the state line into Texarkana, AR so they can receive Medicaid benefits. Texas did not expand Medicaid eligibility through Obamacare to childless adults; Arkansas is the only Southern state that did. This gives people in bordering states an incentive to move here, turning Arkansas into a welfare “magnet.”
(When I was in Mountain Home covering the Senate District 17 runoff a few weeks ago, multiple residents told me they see the same phenomenon in action. Mountain Home is less than 20 miles from Missouri, another state that has rejected Obamacare’s Medicaid expansion.)
Even more disturbing, according to a worker at a Texas-based homeless shelter who spoke with the NYT, Arkansas social workers have come across the state line to recruit Medicaid expansion enrollees. In a statement to The Arkansas Project, DHS spokesperson Amy Webb denied that this is a common practice of their department. “DHS caseworkers do not go out and recruit private option enrollees,” Webb said.
Webb also said there is no specific length of residency requirement attached to Medicaid enrollment in Arkansas. “There is no specific time frame,” Webb said. “You must have proof that you are an Arkansas resident.” As a result, there’s likely no way to track exactly how strong the Medicaid magnet is or the scope of its reach, but these anecdotal reports are not good news for Arkansas taxpayers. (Given the circumstances we’re in now, Arkansas probably couldn’t address this much anyway: indeed, as AAI’s president and in-house counsel Dan Greenberg pointed out to me earlier today, Arkansas cannot establish any residency requirements if the purpose is to hinder the immigration of people who seek larger Medicaid benefits. Such a limit would be unconstitutional.)
Perhaps the lack of time requirements, coupled with Arkansas’s position as the only Southern state to expand Obamacare, offers some explanation for the explosion of enrollment in the program. Originally, contractors for the state estimated that total enrollment would only reach 123,500 this fiscal year. According to the last report from the state, however, roughly 187,500 people have been enrolled. This enrollment surge– a whopping 52% over original projections — has led some health policy experts to speculate that Arkansas may enroll more people than were initially thought to be eligible (roughly 250,000).
None of these developments were unpredictable, nor were they unpredicted: in July of 2012, Senator Jason Rapert told a group of his constituents that, if Arkansas expanded Medicaid while all the states around us rejected it, the state would become a “candy land” of entitlements. (Unfortunately, after being re-elected in 2012, Rapert went on to proudly endorse Medicaid expansion in 2013.) I reached out to Rapert yesterday afternoon for comment on this potential influx of Medicaid enrollees from surrounding states. As of press time, I have not heard back from him.
Some media outlets have pointed to the excessively high enrollment in the Arkansas-Obamacare plan as a sign of “success”; indeed, Republican legislative supporters may dismiss the high enrollment as “no problem,” because federal taxpayers are currently footing the entire bill. Ultimately, however, state lawmakers should be concerned about the impact their policy choices have on federal taxpayers and the national debt. Lawmakers should also be concerned that, in just two short years, a significant amount of the financial burden will fall onto state taxpayers. And of course lawmakers who are interested in making Arkansas a better place to work and live should resist the urge to create new entitlement programs that discourage work, suppress the economy, and burden taxpayers.
Arkansas made a grave mistake by becoming the only Southern state to accept Obamacare’s Medicaid expansion. Doing so has pushed the truly needy to the back of the line and will soon create a fiscal storm. It’s a problem not enough lawmakers are worried about, but one they can’t ignore much longer.

One thought on “As Only Southern State To Expand Obamacare, Is Arkansas Becoming A Medicaid Magnet?”