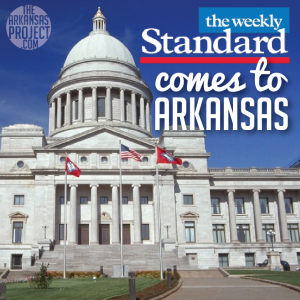 Fred Barnes just published a fascinating article in the Weekly Standard about the collapse of the Democratic Party in Arkansas. He visited Arkansas last week and interviewed (and quoted) a lot of smart, perceptive people. He also talked to me.
One interesting thing about Barnes’s piece is that it lets the facts speak for themselves. He draws attention to the timeline of the erosion and disappearance of our state legislature’s Democratic majority, which began two years after President Obama was elected.
As Barnes notes, Republicans controlled 30% of the House after the 2008 elections, 46% of the House after the 2010 elections, and 51% of the House after the 2012 elections. In the same time frame, they moved from 23% of the Senate (2008) to 43% (2010) to 63% (2012).
Of course, there are more than a few Arkansas Democrats who regularly attempt to make the rise of Republicans in Arkansas illegitimate by arguing that presidential skin color, and reactive racism, is at the root of Arkansas Republican dominance. Barnes is, perhaps, too kind: again, he lets the facts speak for themselves, but he doesn’t hammer home what logically follows from our state legislative elections. Namely, if it is anti-Obama racism that’s driving Arkansas Republicans to the polls, this implies that Arkansas voters did not notice that Obama was black until 2010.
A better theory for Obama’s unpopularity in Arkansas – one that comports with the facts of our legislative elections – is that he compounded the worst big-government excesses of the previous administration (e.g., TARP) with a whole new set of excesses (stimulus spending, Obamacare, etc.), and not coincidentally gave us the weakest and slowest recovery from a recession in modern history. That kind of national record makes it tough to sustain a political movement in our state.
It’s not especially insightful to note that, at this point, all the statewide Republican candidates have the wind at their backs. The race is not always to the swift, nor the battle to the strong, but (as Damon Runyon noted) that’s the way to bet. You can regularly see the effects of Arkansas GOP dominance in the most unlikely places – for instance, here’s an example of the way that Senator Pryor’s reelection campaign is damaging itself by working the refs too hard.
I tend to think that the recent Arkansas polls we’re seeing probably overestimate how well Democrats are doing – by the time November comes around, a significant number of Democratic voters will be too disaffected and demoralized to show up at the polls. My guess is that the same will not be true for Republicans.
One lesson of the last two elections: Arkansas voters finally noticed that the Democrats who had represented them were at odds with many of our citizens’ most basic values. I’m looking forward to seeing whether Republicans do any better at listening to and learning from their constituents.

One thought on “Arkansas’s Republican Future”