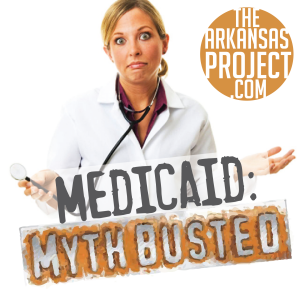 Over the weekend, two op-eds from Arkansas policy leaders appeared in one of Utah’s largest newspapers. The topic: Obamacare’s Medicaid expansion.
The first piece was drafted by Rep. Joe Farrer and Senator Bryan King, two leading opponents of the Obamacare Medicaid expansion in the Arkansas legislature. The piece was penned in response to the false statements made by Senator David Sanders, Arkansas-Obamacare spokesman, in his Utah op-ed late last month.
(In that column, Sanders said that, in Year 2 of the Obamacare “private” option expansion, certain enrollees would be required to pay co-pays. This claim was debunked last week.)
The Farrer-King op-ed focused on Sanders’s other false claims — that the Obamacare expansion has led to significant reductions in uncompensated care and that it has facilitated “competition” among providers:

Sen. Sanders claims that his “Private Option” plan meets the goal of insurance market competition. However, he fails to disclose that in nearly two-thirds of Arkansas counties, the only “competition” is Blue Cross Blue Shield competing against itself. While three carriers are expected to participate in the ObamaCare exchange next year, our state’s insurance department expected three to four carriers to participate all along, long before the “Private Option” was ever devised—it had nothing to do with Sen. Sanders’ “Private Option.”
But even those plans won’t really compete…

You will not want to miss this full story at the Deseret News.
In addition, AAI President Dan Greenberg co-authored an op-ed with Utah lawmaker Rep. Mike Kennedy to correct the false narrative of the healthcare special interests in the state. In a classic takedown, the column challenges the false pro-Obamacare talking points directly:

You will not want to miss this full piece at Deseret News.