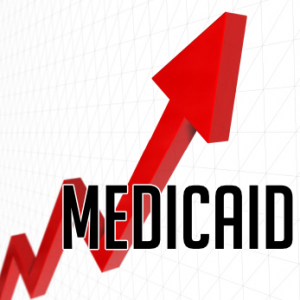 Negotiations over government budgeting works something like this: “You give me a massive increase in government spending now, and I’ll give you some minuscule savings some time in the future.” As my colleague Dan Greenberg has pointed out in the past while analyzing some of the promises of Medicaid expansion (such as reduced uncompensated care costs), this is a flawed approach:

…This, too, is a red herring, because it is based on the theory that we should assume various spending obligations now in exchange for hypothetically reducing spending later. There’s nothing wrong with that idea inherently; the problem comes when the promised hypothetical savings never occur…As a general matter, I think it’s an analytical mistake to depend on hypothetical spending cuts later that are purchased with actual spending increases now.”

You might recall that supporters of Medicaid expansion (which they call “the private option”) told us repeatedly that if we went along with their plan for the state’s Medicaid program, traditional Medicaid rolls would decrease. This claim was based on the theory that, if state lawmakers would expand Medicaid eligibility, the state would (eventually) transition some of the existing Medicaid enrollees onto private insurance. This, according to budget brainiacs in the legislature, was a “decrease” in the Medicaid program.

Beginning in 2015, the ARKids enrollees will begin to be transitioned over to the “private option,” and, if the math holds up, we could see an eventual net decrease in traditional Medicaid. But 1. For now, we have a net increase and 2. We’re being asked to believe government promises about the future when we’re already seeing signs that those promises are being broken in the present. Furthermore, the promises are being made by politicians who will no longer be in office when the promises are supposed to come to fruition — what assurance can we have that the promises will be carried out? All we know for sure at this point is that big government politicians got what they bargained for — a massive increase of government dependence in Arkansas.

And thanks to the hard work of the Beebe Republicans, the pain inflicted on taxpayers won’t stop there: while traditional Medicaid enrollment may fluctuate, there will still be hundreds of thousands of new Arkansans added to publicly funded healthcare through the “private option.” It’s a bad deal for taxpayers, any way you slice it.
*The original version of this story included the wrong figure for new Medicaid enrollees from DHS’s email. We have corrected this.