We often talk about the horrible impact of Obamacare in general terms: “It’s socialized medicine. It’s going to lead to rationing. It’s going to increase the cost of health care.” All of these things are true — and important to remember — but sometimes its helpful to look at those scary things called numbers.
The good folks at The Heritage Foundation have provided this chart which shows the one-month premium change in all fifty states. In Arkansas, the average increase for a 27-year old adult is 171% — the second highest such increase in the country, behind only Virginia: 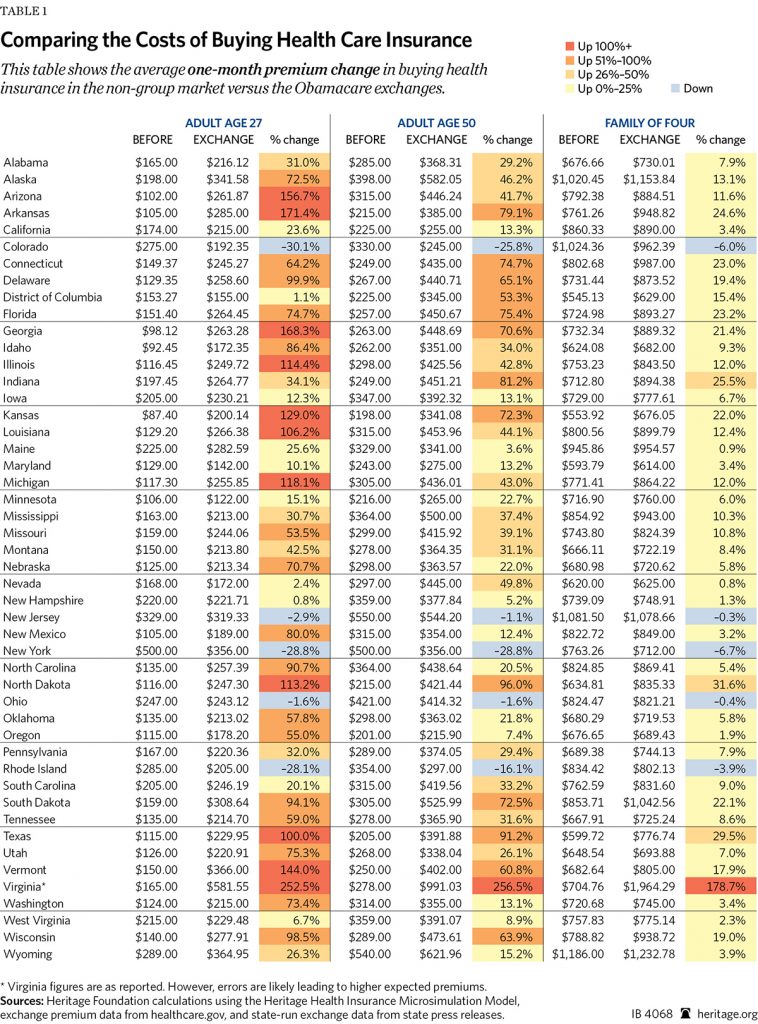 For an adult age 50, the increase is 79%, the fifth highest jump in the country.
Also, the NRSC has released a new infographic today that shows the impact of Obamacare on Medicare and the impact of Medicaid expansion on Arkansas households:

So the next time someone tells you Obamacare is lowering premiums or leading to “cheaper” health care, now you’ll know better. (And no one tell Davy Carter or John Burris that the NRSC is classifying Arkansas as a state that expanded Medicaid!)

8 thoughts on “Arkansas Individual Health Costs To Skyrocket Under Obamacare”