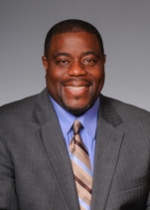 In response to my piece last week about the perils of Medicaid expansion, I received an email from Rep. Reginald Murdock (D-Marianna). He said:

I was very curious to hear how Rep. Murdock could understand my concerns but still think we should expand Medicaid nonetheless. I replied to his email and asked him if he would be willing to explain his position further for an article here on The Arkansas Project. He agreed and the result of that conversation is posted below.

Question: Do you agree with the governor that expanding Medicaid will “create jobs?”

“It may create jobs in some area, but what I’m sure of is it’ll prevent is the loss of jobs. Specifically by preventing the closing of rural hospitals. I met with the administrators of several rural hospitals the week before the session started in west Memphis and they very clearly outlined how if expansion is not foe [done?], it would put them in a position of closing their doors. The MAIN reason is them not receiving the federal subsidy for uncompensated care. The poor people of our state are not going anywhere. The cost associated with poverty stricken areas are not going anywhere. Uncompensated care is a fact that must be a part of the formula when hospitals and other healthcare providers are provided funding. This option goes away with the Affordable Care Act, but is picked up in expansion. So to answer your question, I think it prevents the loss of jobs and depletion of rural city resources to attract industry if there are no hospitals within 30 minutes of the cities.”

Question: When federal funding reduces to 90% for the expansion — and Arkansas has added up to 250,000 new enrollees — how will Arkansas find the revenue to sustain the program? Will we tell the new enrollees they are out of luck?

Question: Are you worried that the federal government may break its promise and not continue funding the 90% of the expansion that they have promised?

Question: How do you think expanding Medicaid will affect the quality of health care services in the state of Arkansas?

“I think if all the stakeholders can agree on a ‘plan of action’ and we work together to properly implement it, then we can positively affect the quality of healthcare thru innovative means of handling the challenges we face. Conversely I say to you that playing the ‘waiting’ game again as we did with the Affordable Care Act will only hurt us.”

Question: Do you have any concerns about the “crowding out” and “woodwork” effects of expanding Medicaid? The “woodwork” effect is the idea that all of those who aren’t currently enrolled but are eligible — up to 25% — will start showing up to enroll. So we will have 250,000 new enrollees plus that 25%, which in Arkansas would be an additional 200,000 people, if I’m doing my math right. Are you concerned about these two things happening and what type of response should the state have to prepare for them?

“No, I don’t think, based on all the information provided me that this will happen. With all due respect, it is this kinda far reaching ‘what if’ thinking that is preventing us from coming together on a very difficult issue. There’s not an issue that comes before me that I couldn’t ‘what if’ away, depending on whether or not I look at the issue objectively or subjectively, or politically. I’m not trying to judge motives but it seems to be such an ‘anti’ message when it comes to helping people. You have to admit that thru good fiscal leadership this state has remained solvent.  I understand the concerns, I just don’t sometime understand the rationale in solving the problem. I guess it comes down to differences in people’s thinking. I don’t agree with all democratic views either, I just wanna do what’s best.

I’m not aware of the data you are reporting, as far as unsigned up eligible Arkansans. But yes we should prepare for the possibility if it indeed is accurate. Here’s the reality that I see when it comes to these programs. The subjects (in this case mainly poor, very young, & elderly) will always be with us. That’s a fact. But our resources fluctuate and make us have to monitor and adjust as those resources vary. We can’t answer all questions that will come to fruition years down the line. Are we concerned? Yes. Should we consider future factors in today’s decisions? Yes. The harsh reality is we can do nothing and sit on what we have and only those that can care for themselves will have the quality of life we all want. Then government will have a nice positive bank account and a segment of the community will go totally unserved. That’s an option. Just not one that I’m able to support.”

I am troubled by several of Rep. Murdock’s assertions, particularly his contention that it is “far reaching” to consider how expanding Medicaid will affect the quality and availability of care for those currently enrolled. This is an issue that isn’t hypothetical and isn’t just confined to the far future; like the concern that there will be a large wave of new entrants into the system who are currently qualified but unenrolled that the federal government won’t pay for, this is an an issue that is of immediate and non-hypothetical importance. It is also troubling how quickly Murdock seems to dismiss the idea that the federal government might break their promise to fund 90% of the new Medicaid enrollees “forever and ever, amen.” Clearly, at some point, the federal government will reach a tipping point. The Obama Administration’s floating of a proposal for “blended” Medicaid reimbursement rates already suggests that the breaking of Medicaid commitments is on the table. How are we to know what promises the federal government will keep and what promises they will break?

However, Rep. Murdock seems to be a thoughtful and polite representative. I appreciate him taking the time out of his busy legislative schedule to visit with me about this issue, despite our disagreement.

One thought on “An Alternative View on Medicaid Expansion”