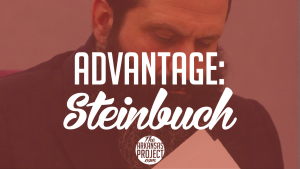 President Trump just took a little-noticed action that is drawing praise from across the political spectrum. By using his clemency power to commute the 27-year sentence of Sholom Rubashkin, who managed a kosher meat plant in Iowa, the president rectified an injustice that many, including our friend Robert Steinbuch, have long been working to fix.

To sum up the case briefly, the federal government raided Mr. Rubashkin’s plant and charged him with violating immigration and labor laws. They then arrested him again on financial charges. He was convicted of the financial charges and the judge gave him a 27-year sentence – an extraordinary length of time for someone who is a non-violent first offender.

Steinbuch, whom you may recognize for his work on the Arkansas Project, is a law professor at the University of Arkansas at Little Rock. He has been writing about the Rubashkin case for years. As he noted in a National Law Journal op-ed, there were many problems with how this case was conducted, especially on the part of Judge Linda Reade:

In February 2009, prior to Rubashkin’s trial, his attorneys made a Freedom of Information Act request to ICE seeking documents concerning Rubashkin and the raid upon the facility. ICE didn’t produce the documents. His attorneys sued. More than a year later, they finally obtained redacted documents from ICE. The documents are startling. They show that Reade had ongoing ex parte contacts with the U.S. attorney’s office and ICE about the matter beginning six months prior to Rubashkin’s arrest. These meetings covered operational and strategic topics that went far beyond the mere “logistical cooperation” that Reade had insisted was the limit of her interaction when she denied a recusal motion from an unrelated defendant in the case. The newly discovered ICE memoranda belie this claim.

The documents reveal that Rubashkin’s arrest appears to have been timed to accommodate Reade’s personal vacation schedule; Reade and the U.S. attorney’s staff “surveyed” the location where the detainees would be held and their trials conducted; Reade expressed her personal commitment “to support the operation in any way possible”; Reade personally participated in meetings that covered “an overview of charging strategies” to follow the raid; and Reade demanded sua sponte from the prosecutors “a final gameplan in two weeks” and a “briefing on how the operation will be conducted.”

The actions of the prosecutors and the judge in this case caused many to question their propriety. The long sentence also galvanized support for action on the part of the president. Those who pushed for a pardon or commutation, or who supported Rubaskin’s appeal attempts, included the American Civil Liberties Union, Rep.

A lot of people who do not like Donald Trump are praising him for his action in this case. There is a very strong argument that this was a just use of the president’s commutation power. As Robert Steinbuch has written, the prosecution of Rubashkin was filled with what appears to be blatant misconduct. It’s good to see the president listen to those like Steinbuch and others who have spent years advocating for justice in this case.