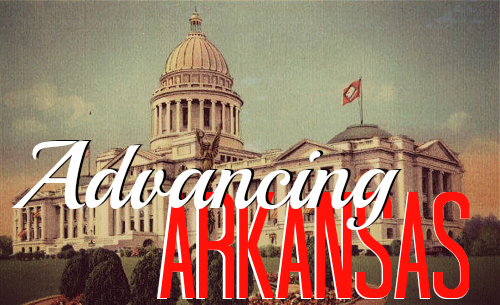 In 2013, Republicans will hold the top leadership position in the Arkansas House and Senate for the first time in modern history. It’s likely that conservatives will determine state legislative outcomes in a way they never have before. Therefore, we have a real chance, for the first time, to institute real policy reforms in the upcoming legislative session. Programs such as Medicaid have been around for generations yet have managed to escape any real legislative scrutiny due to one-party rule. Likewise, newer programs such as the state’s “scholarship” lottery have been running free, bleeding cash, and are now on unsustainable paths. Of course these are just two of the programs that need reform. In addition, our tax code, elections, budget, and ethics laws are all in need of serious upgrades.

In the coming weeks leading up to the 2013 legislative session, I will be doing a series of interviews with Arkansas legislators regarding their plans for reforming state government. We’ll call the series “Advancing Arkansas.” My first interview in this series is with Rep. Nate Bell (R-Mena) or, as he’s more affectionately known, “a fat little gnome of a so-called man from Mena.”

To follow-up on a story from last spring, I asked Rep. Bell if he is moving forward with scholarship lottery reform. Bell said he has a draft of a bill prepared, but is not completely satisfied with some of the language. He is not 100% sure the bill will be ready in time for session. He also asked that I direct readers to this report that outlines the current financial crunch the lottery is in.

As for other reforms, Bell said his focus will center around three key proposals:

2. Outlawing the use of public funds in ballot initiative and referendum elections. While current state law requires the reporting of taxpayer money spent on these types of elections, Bell would like to see the expenditures outlawed completely. So, for instance, the state highway commission would not be allowed to spend your tax dollars to try and convince you to raise taxes on yourself.  The state can’t use my money against me? A novel concept!

Bell said this proposal will look essentially the same as HB 2209, which he ran in the 2011 session.

3. Ending the automatic subsidy to legislative groups. Bell’s third measure is more of an “inside baseball” reform — that is, it’s an internal reform about how the legislature operates — but it should bel very important to taxpayers. Right now, state legislators are automatically entered into a left-leaning legislative coalition, the National Conference of State Legislatures (NCSL), at the cost of the taxpayer. Legislators are given no choice as to whether or not they want to join the group. Bell’s reform would give legislators a $500 allowance to join a coalition of their choice, saving the taxpayers money in cases where some legislators choose not to partake or to join a cheaper coalition and giving legislators, well, freedom.

Overall, Bell said his time spent in the session will be devoted to cleaning up government:

“My agenda is going to be real heavy with good government, transparency, that type of legislation. I’m going to devote my agenda to that.”