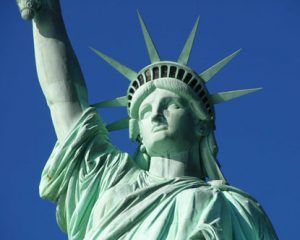 As part of their calculations, ACU scored Rep. Bruce Westerman’s government spending cap bill, the bill to fund Big River Steel through bonds, the “church carry” bill, the “private option,” the voter ID bill, and a few others.

Based on those votes, these legislators were named “Defenders of Liberty,” receiving a perfect 100% from the group:

A second group of legislators were also recognized as “ACU Conservatives” for scoring 80% or higher and a third group was recognized as “True Liberals of the Natural State.” for scoring 0%. You can read ACU’s full report here.
Also, be sure you stay tuned to TheArkansasProject.com: in early December, we will be announcing Advance Arkansas Institute’s new Freedom Scorecard. The report will score many of the same bills that are in ACU’s report — and dozens more. You won’t want to miss it!

One thought on “ACU Honors Arkansas Legislators For Defending Liberty”