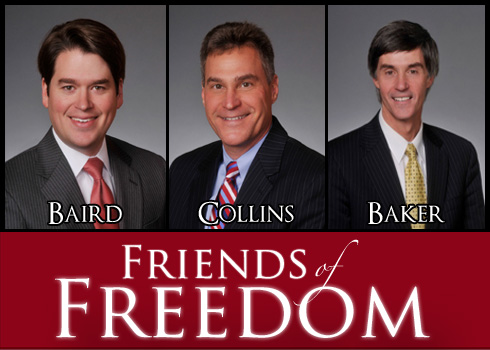 Today, the Advance Arkansas Institute has unveiled its latest masterpiece: Arkansas’s Freedom Scorecard.  The Scorecard ranks the voting record of Arkansas legislators based on their support for liberty and good government.

The report also designates the legislators who scored in the top tier as “Friends of Freedom.”  The top score in the House was a tie between Representative Duncan Baird and Representative Charlie Collins who both scored 95% overall.  In the Senate, Senator Gilbert Baker received the highest score with a 90%.

To see where your legislators rank and learn more about the methodology (if you’re into that kind of thing), click here.

One thought on “AAI Announces Freedom Scorecard for State Legislators”