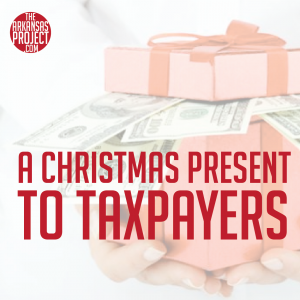 Governor-elect Asa Hutchinson has said that tax reform will be one of his top priorities.
The Advance Arkansas Institute’s recently-released Action Plan for Arkansas explains how Arkansas can lower tax rates without costing the state treasury revenue. More precisely, we think that our new governor and legislature should follow the lead of the Reagan Administration and the bipartisan Congress of 1986, which cooperated to create one of the greatest domestic policy achievements of the last several decades.
The 1986 tax reform was, in principle, pretty simple — it lowered income tax rates, but got rid of a multiplicity of tax breaks to special interests. This made the tax code fairer, and it also generated more federal tax revenue while serving as a springboard to economic growth.
Our analyst Marc Kilmer wrote a fascinating series of papers about how Arkansas, and America, can and should repeat the extraordinary tax reform successes of 1986. Those papers are here, here, here, and here.
We wish you a Merry Christmas, and we hope that 2015 brings us all news of lower and fairer taxes!