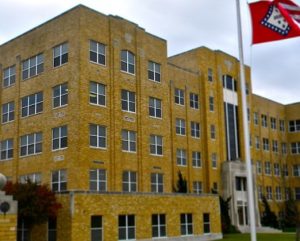 I did something on Friday that others found unusual and disturbing: I attended a government meeting — more precisely, a faculty meeting at the taxpayer-funded UALR-Bowen School of Law.

I. My Warm Welcome from Dean Schwartz

The meeting was conducted by Dean Michael Schwartz. I appreciate the personal attention he gave me: when I first entered, he said he was sorry, but a faculty meeting was about to begin. I was sorry too, but I asked him, “It’s a public meeting, right? I’d like to sit in.” He agreed that it was a public meeting but continued to question me — why did I decide to attend the meeting, how did I hear about the meeting (he asked twice), and why did I have a recording device? He then went around to faculty members before the meeting began and informed several of them, in a hushed yet audible whisper, that a journalist was present. During the meeting — once towards the beginning and again just before the LEAP conversation began — he announced to the group that a journalist was present, reminding the faculty that I was recording what they had to say, so they shouldn’t say anything if they didn’t want it to be on tape. I have rarely felt so important and consequential. Furthermore, I want to thank Dean Schwartz for the publicity for The Arkansas Project — within just a few minutes of his first announcement, every faculty member’s laptop around me was tuned to our site. Perhaps we’ve gained a few new loyal readers!

II. What Are These People Doing?

I had heard that the faculty would be discussing (and voting on) a new affirmative-action admissions initiative. The program Bowen is considering is called “Legal Education Advancement Program” (LEAP); it’s modeled after a program instituted by The Posse Foundation. As I understand it, this program would be specifically geared towards “people of color” (their words, not mine) and those who are “economically disadvantaged.” To make a long story short, admittees to the LEAP program would have to qualify either as “people of color” or “economically disadvantaged”; each LEAP enrollee would undergo a special regimen of classes, exams, and training that would attempt to prepare the enrollee for law school.

Affirmative-action policy for law school is often controversial, and not only because of recent Supreme Court decisions that narrow the permissible scope of such programs. The more I heard about LEAP, the more it looked to me as if its focus on race might push it outside what is constitutionally allowed.

I described the LEAP program to my colleague Dan Greenberg, and he emailed me a note expressing great skepticism about its constitutionality:

I don’t think I have anything interesting to say about special admissions procedures for applicants who are economically disadvantaged, but at first glance UALR’s proposal for race-based affirmative action looks difficult or impossible to defend. Assuming that race is one of the two prerequisites for admission to the LEAP program (which is my interpretation of their proposal), I think its constitutionality is highly unlikely. The Supreme Court has said that “a race-conscious admissions program … cannot insulate each category of applicants with certain desired qualifications from competition with all other applicants.” It cannot “put members of those groups on separate admissions tracks.” Such a program is unconstitutional if it “makes an applicant’s race or ethnicity the defining feature of his or her application.” This doesn’t mean that the goal of diversity in a student body is prohibited; what it means is that a court that examines the constitutionality of an affirmative-action program “must ultimately be satisfied that no workable race-neutral alternatives would produce the educational benefits of diversity.” If a nonracial approach would promote diversity “about as well,” then “the university may not consider race.” If a court examined a race-based admissions procedure, the university that proposed it would have to demonstrate “that available, workable race-neutral alternatives do not suffice.”

The above quotations come from the Supreme Court of the United States: Grutter v. Bollinger (2003) and Fisher v. University of Texas (2013). (Some of these quotes spring from the Court approvingly quoting other sources, but it’s not as if I’m writing this for a legal brief: I’ll just underscore that I think all these quotes illuminate the current law of affirmative action.) Of course, the people who teach law at UALR are a lot smarter than I am, so you should check with them: I imagine they’ve considered all of this stuff already.

IV. From the Horse’s Mouth

In all sincerity, I want to thank Dean Schwartz for taking a few minutes of his time to answer my questions after the meeting. Here’s how our conversation went:

NH: Am I understanding correctly that the two main requirements for the program would be race and economic disadvantage?

DS: Yes. Are you, by the way, going to do a smash piece on this or are you just…?

NH: I’m not a smash journalist. I’m trying to figure out what the program is. Does that necessarily mean that any applicant that applies for the LEAP program must be a person of color [again, that’s the phrase used by the LEAP proposal] or must be someone that is economically disadvantaged? Are those things required, or just encouraged?

DS: I think those people do way better. Let’s put it that way. I don’t think we would prohibit anyone from applying but I think they would have a better shot.

DS: I think that the legal..the minority applications to law school have declined more dramatically than among all students and there already is a gross disproportion between the number of…the ratio between lawyers of color and people of color in this state and in every other state in the country. And I think there are double benefits of having lawyers of color. They are both able to represent, in their work as lawyers, represent voices that are traditionally unheard, but also able to serve as role models. So it’s a double benefit from my perspective.

NH: So, is there a lawyer that’s looked at that?

DS: Did we bring it to outside counsel? No. But [the committee members] are all lawyers.

V. Do These People Know What They’re Doing?

There was no vote on the adoption of the LEAP program on Friday, as had been scheduled, due to time constraints — perhaps in part because the 20-30 law professors in attendance spent 20-30 minutes arguing over the formatting of the school’s new withdrawal policy and whether or not certain terms should be bolded, underlined, or notated with Roman numerals. Schwartz said he will call a special faculty meeting to hold the vote.

Although I think Schwartz is perhaps just a little oversensitive to journalists who attend faculty meetings, I want to commend him for his willingness to talk to me about the program. I think it is fair to say, however, that he did not really answer my question above about whether LEAP could accomplish the same goal it was working towards without including race as a component. As Dan Greenberg noted above, if a non-racial LEAP could accomplish the same goal, the current LEAP proposal is unconstitutional. One thing is unquestionably true, however: when Dean Schwartz says that “we are just this side of Supreme Court decisions,” that’s an admission on his part that, at best, Bowen Law School is very close to being on the wrong side of the law.

P.S. I resisted the immense temptation to entitle this post “Dean Schwartz, here is a dime. Take it, call UALR’s lawyer, and tell her there is serious doubt about the constitutionality of your affirmative action proposal.”

4 thoughts on “The Law Professors’ Affirmative Action Plan: ‘Just This Side’ of the Law?”