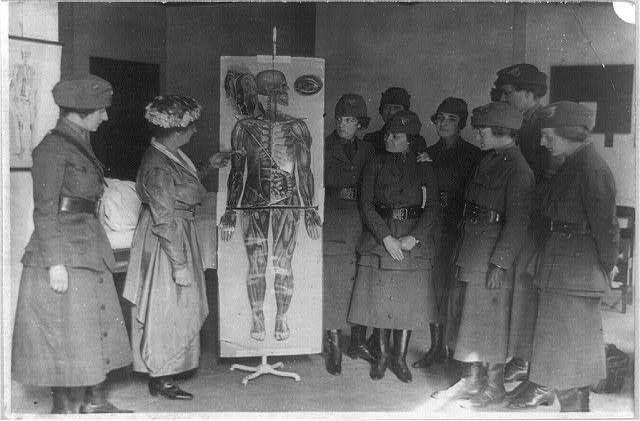 I reported on July 18th that the Legislative Council’s Personnel Services committee was reviewing the hiring of Miss Clara Taylor–a woman who was hired to serve as a sign language interpreter for the state, despite her lack of credentials for the position.  That review has now been conducted and completed by the Office of Personnel Management (OPM) and has produced this 15-page document which is full of fun facts for taxpayers.

Now, this report is filled with oodles of background information and other facts that are relevant to this situation, but not necessarily critical to our understanding of the corruption at work here. A synthesis of this report follows that highlights the unethical actions. To begin, let’s identify the key players.

The OPM review included conversations with the staff of the Department of Career Education:

1. Clara Taylor was hired for a position that she did not apply for and that she was unqualified for.  The interpreter position became vacant on October 1, 2011. The position was advertised through the state’s hiring website from November 22 through December 5th, 2011.  The review revealed that Miss Taylor’s application was dated August 2, 2011–nearly two full months before the interpreter position was vacated–and the position listed was “Rehab Program Coordinator” which is, ironically, the same position that had just been filled by the previous interpreter.

After the application process ended, 9 applicants were identified as qualified for the position, based on these criteria: “The formal education equivalent of a bachelor’s degree in special education, social work, or a related field.”  Miss Taylor lacked the degree (thus, you will recall from our previous reporting that she was seeking a taxpayer-funded degree).  Preferred qualifications included “National Certification preferred, minimum qualification of a QAST level 3 or above.”  Miss Taylor had no certification and scored less than a 1 on the QAST.

Of the 9 qualified applicants, 8 were selected for interviews.  As January rolled around, 9 interviews were scheduled–9 interviews, but only 8 interviewees?  Insert: Clara Taylor.  Her name appeared in the list of interviewees for January 5th, despite not being listed as one of the 8 interviewees from the website applications.   How did this happen?

2. Miss Taylor’s application was artificially inserted into the final round of applicants with a predetermined outcome.

According to the report, on January 13th, Miss Taylor’s name was placed on a list of top 3 candidates via a memo from David McDonald to Robert Trevino.  Taylor was ranked #3.  On the same day, Taylor’s name appeared on a letter from Carl Daughtery recommending that Taylor be hired for the position.

McDonald told OPM that he was asked, by whom we do not know, to notify the central office if Clara Taylor’s application was part of the interpreter applicants.  He said he did not receive her application, at which point he was instructed to insert it:  an HR staff member brought Ms. Taylor’s application to him.  It was a copy of the original application for the Rehab position, not the interpreter position.  McDonald was told to send the names of the top 3 applicants to his superior, Daughtery, and that one of those names was to be Miss Taylor.

Pamela Harris, the agency’s HR administrator, said that after the closing date for the interpreter position and after all qualified applicants had been sent to McDonald for interviews, Walker told her to send Taylor’s application to McDonald.  Walker even told her where to find the application.  Harris also said that Daughtery told her that he was going to tell McDonald to insert Taylor’s name into the list of top 3 candidates–and that Taylor was going to be selected.

In his statement, Daughtery said he did not know that the application was a copy of the Rehab application, but that he “recalled that Taylor had mentioned she wanted to apply for the interpreter position.”

Pamela Harris, the agency’s HR administrator, told OPM that Walker had wanted Taylor to be hired for the Rehab position that she originally applied for, but Daughtery had intervened due to Taylor’s lack of qualifications.

3. Agency officials clearly knew that Taylor was unqualified for the interpreter position.

After the applicants were all tested and scored, Walker contacted Harris to discuss the interviews.  Harris told Walker that Taylor was unable to translate the signing video and recommended that Taylor not be hired.  Walker told her that Taylor was going to be hired anyway.

In the interview with Mr. Trevino, featured on pages 1 and 2 of the report, we hear a familiar refrain: “The weight of the interview score is a factor but not the final determining factor” in the department’s hiring process.  This is a line Walker himself used often in his defense of Taylor’s hiring over the past several months, and he used it again in his own testimony to OPM.  Trevino said that applicants can “tell a compelling story that can weigh heavily if that applicant does not meet other qualifications” (or any of the qualifications, in the case of Miss Taylor).

4. Miss Taylor was incapable of performing the duties of her job.

Taylor began her work on February 19, 2012.  Part of her duties included signing for staff meetings.  After one meeting, the deaf employees asked McDonald what he said during the meeting because “they did not understand anything Ms. Taylor signed.”

5. Agency officials, other than Walker, were aware of conflicts of interest.

Following the interviews of the applicants, McDonald voiced his concerns about Taylor’s employment at Walker’s funeral home and their personal relationship to Daughtery.  Daughtery then asked McDonald to provide the usual memo with the top candidates’ names, which he said should include Taylor’s name, and together they would “make the best decision for the agency.”

6. Bill Walker lied when he said he was not involved in Taylor’s hiring.

In Mr. Walker’s interview, he passed the buck to Mr. Trevino, stating that he “rarely reviews the hiring decisions for [Arkansas Rehabilitative Services] and deems Mr. Trevino as the final say in the hiring process.”

Regarding the hiring of Taylor, Walker told OPM reviewers that he “did not encourage, ask or tell anyone to interview or hire Clara Taylor”–but the evidence demonstrates that this is false.

Daughtery told OPM reviewers that he contacted Walker about Taylor because Walker was a reference for Taylor–however, Walker’s name is not listed on Taylor’s application or resume.  Daughtery also said that Walker gave Taylor “a very good reference and recommendation.”  OPM asked Daughtery if he thought Taylor was the best qualified for the position.  He said he did not think so, until he met with Walker.

Walker also told OPM he believes her hiring was “a good fit, a good choice”–comments he has since walked back.

HR administrator Harris said she called Walker after Taylor was hired and “asked what he was attempting to do.”  Walker told her that the field was a “closed group, that no black applicants were being hired, and that he was going to change that practice.”  Harris told Walker she could provide a qualified black applicant because there was one in the group of 8 qualified applicants.  Walker “insisted” that Taylor was qualified.

The injustices and administrative incest evidenced here in this account are fairly obvious. What is less obvious is why this type of mismanagement, deceit, and corruption is being tolerated by the Beebe administration.  Thankfully, Taylor has been removed from her position.  Unfortunately, she was simply moved into another job and I have less confidence than ever that she will be replaced by an interpreter that is capable of fulfilling the duties of the job.

We have already caught Bill Walker publicly lying to lawmakers.  Now it appears he has made the state vulnerable to litigation from the applicants for this position who were wrongfully overlooked based on their race or simply their lack of influence with Walker.  The human resource law violations here are too numerous to count.  If the governor will not act to clean up this agency, it’s time for lawmakers to start calling for Walker’s removal. Arkansas taxpayers deserve better.

5 thoughts on “The Anatomy of Corruption, Bill Walker Style”