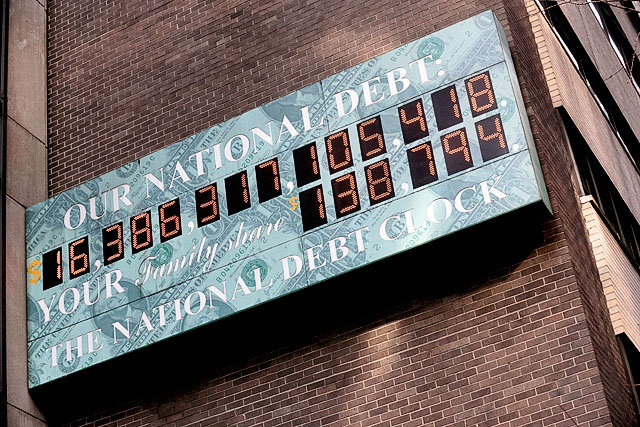 David Ramsey of the Arkansas Times regularly distinguished himself this session with his thorough coverage of the debate over Medicaid expansion. His account of the creation of the “private option” — perhaps the biggest increase in the size and scope of state government in my lifetime — was educational and gripping. But occasionally his work told us more about David Ramsey than it did about Medicaid expansion.

One of the areas where his article fell short was in his discussion of the impact of Medicaid expansion on our nation’s deficit. Ramsey made a point of noting that “the choice to expand has no meaningful impact on the national debt.” (Not only did he make this bald statement, but he also insisted that legislators who opposed expansion had to know it was true.) But this judgment has to be wrong.

As I noted in a post last week: research by Christina Corieri of the Goldwater Institute has shown that if the remaining 30 states that have not expanded Medicaid continue to hold out, savings to federal taxpayers will be around $609 billion. Keeping in mind that the feds are broke, that’s $609 billion less debt. That’s over half a trillion dollars, for those keeping score at home, and seven times the amount of the sequester that went into effect earlier this year. (You remember the sequester, right? Does the phrase “The pain will be real” ring any bells?)

It’s possible that, in this small respect, Ramsey’s desire to be an advocate overwhelmed his desire to be an analyst. A few weeks ago, he was pretty sure that there would be a “massive transfer of money” to states that expand Medicaid. “No getting around this,” he said. “Like it or not,” he said. Seems “meaningful” to me.

I think it’s a pity that the advocate in Ramsey won out over the analyst. Especially because, near the end of the debate, a few Republican legislators started to parrot Ramsey’s talking points. Take, for instance, Legislator Beta, who argued that the private option would only increase federal spending by .0008%. I wonder where he got that figure?

In fact, Medicaid expansion deals a sizable blow to the ideals of those who want a smaller and cheaper federal government. Would it be unreasonable for me to opine that David Ramsey must know this to be true?

2 thoughts on “On the Arkansas Times, Part II”