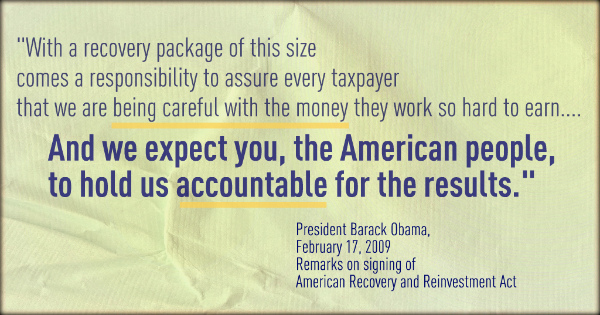 Holiday week! Thanksgiving! Family obligations! That series of oddly decontextualized exclamations means you should have low expectations for new material on this blog the next couple of days.

Well, that’s not exactly right, since you already have low expectations for this site. So you know those low expectations you have? OK, let’s go ahead and lower them a bit further. There may be a couple of updates over the next couple of days, should the fancy strike, but don’t go holding me to that.

In the meantime, be a dear and go back and read some of our explorations from the last couple of weeks into the abysmal failure of federal economic stimulus spending in Arkansas. It was terrible!

Under the 2009 American Recovery and Reinvestment Act, the feds committed some $3.2 billion in (*cough*borrowed*cough) public dollars to the Natural State, $2.9 billion of which has been spent. The state unemployment rate is higher today than in February 2009, when the ARRA was enacted. Boo!

How did the ARRA play out in Arkansas? Well, first there’s this. Digging in deeper, here are a few relevant data points:

When I set out to look at these issues more closely, I wasn’t really intending to launch an inquiry into the world of green energy and green jobs, but that’s how it worked out. We should look at that issue more after the holiday, shouldn’t we?

Yes, we should. Especially in light of the recent fracas over the Keystone pipeline, which the Obama administration threw the brakes on a couple of weeks back. Arkansas’ own U.S. Rep. Tim Griffin has been a leading critic of Obama’s decision to delay the project.

Meanwhile, at the state level, lawmakers on the Energy Committee, led by Sen. Jonathan Dismang, passed a resolution of support for the project, with Republicans largely in favor and Democrats opposed, our friend Jason Tolbert reports.

It’s the war between “green jobs” and “brown jobs,” as foreign policy whiz and noted brainiac Walter Russell Mead has delineated the issue, and it’s playing out right here before our eyes in Arkansas. We’ll be looking more into that dispute soon.

One thought on “Looking Back On the Horror of Arkansas Economic Stimulus Spending!”