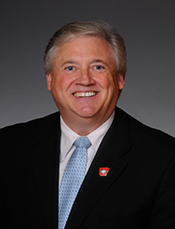 Since the last week’s Joint Audit Committee meeting, many have wondered whether the legislature will continue to look into the firing of former U of A employee Brad Choate and the subsequent scandal it triggered. When the committee convened to hear from Choate on Friday, legislative shenanigans prevented him from testifying. However, some lawmakers have been working behind the scenes to make sure Choate has an opportunity to be heard — an opportunity which apparently doesn’t come often, because Choate recently told the Democrat-Gazette that he’s been under a gag order for 18 months.

Rep. Mark Lowery (R-Maumelle) sent a letter to both chairs of the Joint Performance Review Committee on Monday (Rep. Terry Rice and Sen. Jane English, respectively). “In light of information that has come forward within the last week, there may be specific problems related to proper management of this office, with a significant amount of tax dollars involved. It appears that the allegations brought forth by the aforementioned individuals require further review,”  Lowery wrote. Those aforementioned individuals are Brad Choate, John Diamond (former spokesperson of the U of A), and “any other relevant employees or former employees” of the U of A’s development office.

As of Tuesday afternoon, Lowery confirmed that JPR does plan to take up this issue, although a date has not yet been set. Lowery said the committee will have to coordinate with Choate and other employees that the committee wishes to hear from. He added that the meeting will occur after the first of next year, possibly January 7th. According to the legislative calendar, the JPR Committee is scheduled to meet that day at 1:00 p.m.