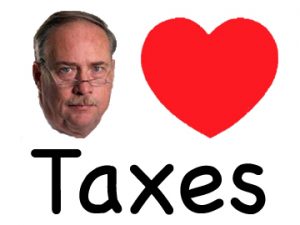 John Brummett is not ignorant–he just knows so much that isn’t so.  Perhaps this has never been more evident than at a debate I attended yesterday in Fayetteville between himself and State Representative Charlie Collins about our state’s tax policy.

Today, one day after the debate, Brummett has set fire to the blogosphere, demonstrating his ability to play fast and loose with facts by publishing this dazzling analysis of the debate that reads more like a red carpet review, with a tinge of Brantley-esque Koch conspiracy.  He managed to make at least two demonstrably false statements in the article; they deserve to be corrected.  So let’s do that!

1.  Brummett says, “Beebe has a commitment to continue drawing down the sales tax on food.  I asked Collins point-blank in the debate if he was for that, and he wouldn’t say.”

Brummett’s revisionist history is appalling.  Is he auditioning to work in the White House?

2. Brummett’s other big fib comes in the very next sentence of his post:  “[Collins] prefers cutting rich people’s top marginal income tax rate in Arkansas from 7 percent to 6.”

This statement is partially correct, but it’s tainted by (highly unclassy) class warfare.  Collins did say that he thinks income tax cuts should take precedence over further food tax cuts, because cutting the income tax will stimulate more economic growth than would a cut on a consumption tax–and he is correct.  But to summarize that statement as “Collins want to give tax cuts to the rich” is completely lacking in accuracy or intellectual seriousness.

If you make more than $32,600 in Arkansas, you pay the highest rate of income tax at 7%–and John Brummett considers you to be ‘rich.’  And does not want you to receive a tax cut.

But furthermore, Collins’ plan isn’t just a cut for those who are in the top bracket, making $32,600 per year and wiping their noses with $100 bills.  Collins’ plan would also cut income tax rates for those in the 2nd lowest bracket and eliminate two of the brackets altogether.

Those who are in the 2nd lowest tier, currently paying 2.5%, would see their rate go to 1%, a 60% reduction in the amount of money these taxpayers pay to the state.  Top tier income earners–you know, those rich guys making $32k–would only receive a 1% cut in the first year, from 7% to 6%, a net 14% reduction in the amount of taxes paid to the state.  Now tell me, Mr. Brummett, how does this plan favor those greedy rich people?

Perhaps some of you care about the facts of Mr. Collins’ plan (Mr. Brummett has demonstrated that he does not).  I will be writing more about it in the next few days.

If you’re interested in reading more about the debate, you can see some of the tweets here.

4 thoughts on “John Brummett Is Not Ignorant”