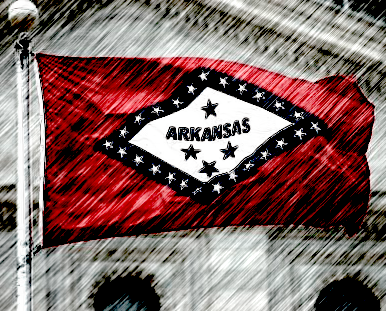 My phone has been ringing off the hook ever since we broke the news a few weeks ago about the meaning of Act 746: namely, that the right to carry a firearm in Arkansas has now been established in law. As I reported, the law makes multiple substantive changes to Arkansas law: most importantly, it decriminalizes firearm possession. Nonetheless, there’s been just a bit of disagreement about what the law means to law-abiding and Second-Amendment-appreciating Arkansans.

Therefore, earlier this week, in an effort to better understand how the Arkansas State Police might interpret and enforce Act 746, I called their spokesman Bill Sadler. I began by identifying myself and asking him to explain their current interpretation of Act 746. He responded:

There’s no interpretation to be made. There is a codification process that has to occur on all legislative acts. That has not occurred yet. Um, once the codifications are completed and the statutes are enacted on their prescribed dates, prior to that time, state police will review the codification work as completed, it will get with its training section. The department’s training section will consult with legal staff, local prosecutors, judges, and make a determination with how to proceed in advising the troopers in the field of what should be, uhhh, uhhh, how this amendment may change the way they enforce the carrying a weapon statute.

A little taken aback, I then asked for clarification of Sadler’s opening sentence that “no interpretation was needed.” Sadler said he didn’t remember saying that (technically, he was right), and continued to explain to me the process moving forward:

There’s nothing to interpret at the moment because until we get the codification, uh, completed — that’s going to be up to the General Assembly and the Bureau of Legislative Research. Every law that is adopted in the state of Arkansas has to go through a codification process. Once that is completed, often times, once codification occurs, it may be somewhat different. We’ve seen it happen before. So until we see a codified act, and we have a chance to meet with the training section, legal staff, etc., then we’ll move forward in educating the troopers as to the information they may need.

Of course Mr. Sadler is right: every law that is passed by the legislature must be codified by the Code Revision Commission. However, his suggestion that a law may be “somewhat different” after it leaves that commission is a little troubling — and, indeed, should be troubling to advocates of either the Second Amendment or democratic self-government.

The Code Revision Commission is a board made up of three bureaucrats and four legislators. As Sadler said, they are charged with taking bills passed by the legislature and inserting them into the state code. Generally, their scope is limited to fixing “manifest errors” in grammar, spelling, etc; they aren’t supposed to make substantive changes. However, State Representative Bob Ballinger told me, after a conversation with BLR about this very subject, that the Code Commission can make significant changes to the law if they perceive two laws to be in conflict. So, for example, does a bill that provided unlicensed carry rights to former law enforcement officers and military (one passed the legislature this session) conflict with Act 746? If the commission thinks so, they may have the authority to make significant changes to one or both bills. (You can read the statute governing the Code Commission here.)

Back to my conversation with Sadler: I asked him, for clarification, if he was saying that Act 746 could be substantively different after being codified — because that seemed to be a reasonable interpretation of his claim that the law could end up “somewhat different.” (Indeed, I am not the only journalist in the state that he’s said something like this to.) Sadler quickly exclaimed, “No, I’m not! I’m saying that we’ve got to wait and see.”

“So, there could be?” I asked. After a brief silence, Sadler replied, “You’re going to have to ask that question of the Bureau of Legislative Research.” When I asked him who ran that commission, he told me repeatedly that he did not know.

Finally, I asked Mr. Sadler what we should make of Director Witt’s comments in the Jonesboro Sun that Act 746 didn’t change anything in firearm law, particularly since Sadler seemed adamant that no interpretation could be given until after codification. (Whatever you want to say about Witt’s comments, they sure look like an interpretation to me.) Sadler said Witt’s comments should only be applied in the context of a specific question he was asked at the Jonesboro Kiwanis luncheon: Does this law create open carry in Arkansas? Sadler, agreeing with Witt, said the answer is no, telling me that the definition of a journey was the “only, only change that was made to the carrying of weapons statute.” I replied, “But that’s incorrect.” Sadler said, “That will be for you and Rep. Altes to discuss.” I told him I thought it was pretty clear in the language of the bill that there were other words and sections changed. Sadler then replied: “…K, well, be that as it may, you need to talk with Rep. Altes on that. All I can tell you is, at this point in time, there is nothing, there is nothing that we can tell you with regard to how this department may enforce or guide the troopers in enforcing the law until we see the codified bill, until we have a chance to meet with lawyers on our staff…”

To conclude, I asked Mr. Sadler if ASP or Mr. Witt would be making any further public comments on the law until it was codified — given that he seemed adamant that interpretation should be delayed until that process was completed. Sadler shot back “I never said that!” I explained to him that it was a question, because there seemed to be a conflict between Witt’s interpretation of the law and Sadler’s insistence that they are offering no interpretation:

(It seems fair to note here that a law that does not contain the phrase “open carry” might nonetheless, as a practical matter, establish open carry. You’d think that would be stating the obvious, but Sadler’s response implies that it isn’t obvious to everyone.)

The upshot of all this is that the director of the Arkansas State Police is providing public interpretations of Act 746, even as the spokesman for his department simultaneously explains that no interpretation can be given until after the bill is written into the state code. Furthermore, that spokesman believes that the bill may look “somewhat different” after it goes through the codification process. This raises an interesting question: should a committee of seven bureaucrats and politicians be able to override the will of the entire legislature and, subsequently, the people of Arkansas?

I did speak with Rep. Ballinger, who also had spoken with Sadler. Ballinger said he is optimistic that the process will go smoothly, but emphasized that anytime you have people involved, there is room for mistakes. He said Arkansans should stay vigilant:

The legislature introduced this bill, worked it through both chambers’ committees, and it was passed into law. That’s the law that should be given to the people. I believe the language of the bill will be codified. I feel like the commission will do a good job. I may be naive, but I believe there’s nothing to worry about. With that said, vigilance is always good. Watch and verify. I believe the language of the legislature should be enacted.

In addition, Ballinger said he believes that the Bureau of Legislative Research and the Code Commission generally work with the authors of the bills throughout this process. If they do that this time and focus on the intent of the authors, I believe that their job will be done correctly. With that said, I agree with Rep. Ballinger that vigilance is needed.

2 thoughts on “Is Constitutional Carry Under Fire?”