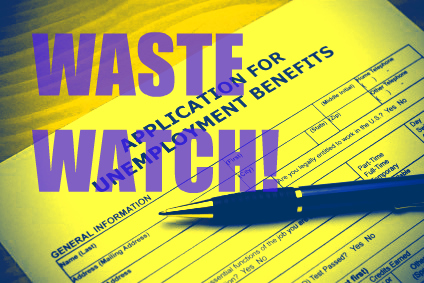 The nightmare that is the state unemployment insurance program has slipped from the front pages, so let’s check in to remind ourselves what’s going on there, and what happens next.

As you’ll recall, last month we learned that the federal government had identified an estimated $161 million in improper unemployment payments issued by Arkansas government from 2008-2011.

The state Dept. of Workforce Services, which administers the unemployment program, has argued that it wasn’t that high—they claim to have found “actual, verified overpayments of $23.8 million“ for the three year period in question. I suspect the DWS estimate is laughably low, given the gulf between the two totals, and I suspect a more thorough review will reveal some number in the middle. Regardless, we’ll still be talking about tens of millions of dollars in poorly administered taxpayer funds.

It’s worth revisiting these developments for two reasons:

1) Because the bleeding continues! The state borrowed more than $360 million from the federal government to meet demand for unemployment benefits. Just last week, on September 26, DWS made an interest payment of more than $10.1 million to the feds on that debt. That $10.1 million vig followed a payment on the debt earlier in the month of $29.1 million. The balance owed currently stands at around $330.8 million, according to the DWS spokeslady.

2) Because we may soon get more clarity on just how large the improper payments were! Two state lawmakers, Sen. Jonathan Dismang and Rep. Davy Carter, requested that the Division of Legislative Audit review the administration of the unemployment insurance trust fund (PDF) to provide a clearer picture of how DWS is administering the funds. That request has been approved, I’m informed, and Legislative Audit is preparing to undertake the review in the coming weeks.

We’ll be keeping an eye on this to see how it shapes up. You should, too.

One thought on “Don’t Forget That The Arkansas Unemployment Insurance Nightmare Is Still A Thing!”