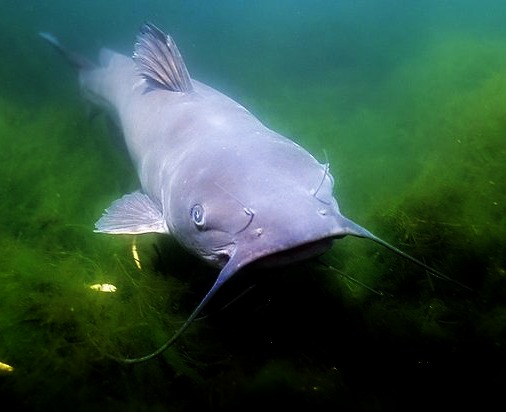 Happy National Catfish Day! In 1987, President Ronald Reagan designated today (June 25th) as a day to “celebrate the value of farm-raised catfish.” Here’s part of Reagan’s proclamation that he issued some years ago:

More and more Americans are discovering a uniquely American food delicacy — farm-raised catfish. In 1986, catfish comprised the third highest volume of finned fish consumed in the United States. Ninety-nine percent of all these catfish were farm-raised. Between 1975 and 1985, production of farm-raised catfish increased by 1200 percent. Most observers expect that production will continue to increase in 1987. Production costs of catfish farming, which have averaged only 65 cents per pound over the past 8 years, have resulted in a stable income for growers and an economical food product for consumers. The accompanying growth of the catfish processing industry also has created thousands of permanent jobs.

But a lot has changed since The Gipper was in the White House. Today, instead of celebrating the successes of the global market of catfish farming, Congress is taking action to impede competition and, consequently, artificially inflating the price of my favorite dinner. How? By imposing import tariffs on foreign fish, particularly from Vietnam.

In a recent press release, Arkansas Congressman Rick Crawford used some variation of the word “fair” about half a dozen times to praise the new taxes on imported fish:

I’m not bringing this up just to pick on Congressman Crawford, but because these types of tariffs are unhealthy for competition in the free market. Indeed, they represent the exact type of market meddling that conservatives so often lament. The effects of this new policy are real: now that an artificial price floor has been set for imported catfish (what Crawford calls a “fair price”), we will all pay more for our fish feasts. Why? Because domestic producers now have a pretty good idea how much imported fish will cost. They can charge at least that much and still be competitive. Now, instead of working to lower costs and underprice their foreign competitors, the federal government is playing referee in the “free” market and giving domestic producers the ability to keep their prices high. This hurts consumers, and it creates terrible incentives for domestic producers.

These types of policies demonstrate a juvenile understanding of free-market economics. We shouldn’t fear foreign competition in our economy — we should embrace it. We live in a global economy; if American consumers can get catfish cheaper from outside of our borders, we should. That’s why they call it the free market: we have the freedom to make our own choices about what we consume — and the market, free from government meddling, dictates the fair price. The government doesn’t (or shouldn’t) have a role in determining the “fair price” of anything. Price is determined by what someone is willing to pay for something. When government interferes, that price can become greatly distorted. Consumers are no longer just paying for a good or product — they’re paying an additional “fairness” tax.

If politicians want to lower the price of domestic goods, they should cut taxes (not raise them), trim unnecessary regulations, and stop meddling in the free market.

(For more analysis on this issue, visit The Grumpy Economist.)