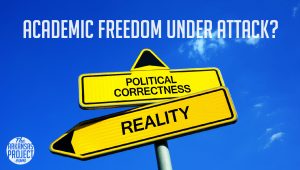 The battle over academic freedom in the University of Arkansas system continues.

You may remember a TAP post last year that discussed a rule change that could stifle debate in the university system. The Democrat-Gazette recently caught up to that story, publishing an op-ed by Gregory Borse, an associate professor of English and philosophy in the School of Arts and Humanities at the University of Arkansas at Monticello. In that op-ed, Borse discusses the proposed rule that would give university administrators more leeway to fire professors:

Changes to the definitions of “cause” for termination that included language that can be construed to make it possible to dismiss a tenured faculty member for lack of collegiality seemed especially offensive. The idea that the proposal would be retroactive and apply to faculty members tenured under the present policy struck some as unable to pass some very basic legal tests regarding good faith in the negotiation of contracts. Changes in the annual post-tenure review process seemed to be written to make it easier for the UA System to rid itself of meddlesome faculty members–tenured though they might be–for a single instance of “not working productively” with their colleagues toward “University goals” (whatever those might be).

The UA System president and his attorneys assured faculty members that the revisions were in an effort to “clarify” vague language. But a review of those changes makes it clear that the revisions are aimed at actually changing the substance of that policy and thereby weakening tenure protections and altering the relationship between a tenured faculty member and the university system–to the significant advantage of that system.

When I wrote about this on TAP last year, I talked to Robert Steinbuch, a law professor and friend of the Arkansas Project. At that time, he said, “I have no doubt that this proposal is designed to quash criticism. These same attorneys have already said that university employees have no whistleblower rights. It’s amazing how brazen they are in trying to shut down discussion. This kind of behavior often allows wrongdoing to mushroom, and when it comes out, it’s really, really bad.”
Collegiality is certainly nice to have. It’s always good when colleagues can work well with others. But collegiality can also be cover to quash dissent – to silence the voice of the person who holds views that differ from the majority. In this day and age, when speech in the academic world is often construed to be the equivalent of action, this is a very real threat.

Consider the statement of a variety of left-wing groups who objected to the invitation of Christina Hoff Sommers to speak at Lewis and Clark State College in Oregon. According to them, “We now understand how language works, and how it can be used to reproduce the systems of oppression we know we must resist at all costs… Free speech is certainly an important tenet to a free, healthy society, but that freedom stops when it has a negative and violent impact on other individuals. There is no debate here.”
In other words “speech I don’t like = violence.”
I doubt this is a majority view in the University of Arkansas system, but this idea appears to be gaining traction in higher education. If speech is the same as violence, clearly teachers who use speech that offends someone could be labeled as non-collegial. Adopting this type of policy could be disastrous for free speech depending on the attitude of the university administration.

Professors are right to be concerned about this rule change. The average Arkansan should be concerned, too. This could have a widespread impact on the academic quality of higher education institutions in the state. Making it easier to stifle the free exchange of ideas is the last thing that the state’s university system should do.